Happy Chabal new year - and a Pacbook out soon! 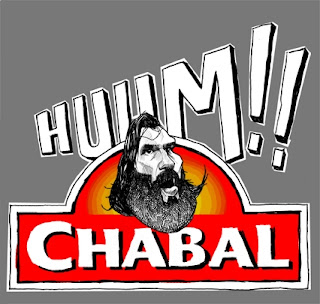 Hepi niu yia for 2008 and, before we get into things Pasifika again, I'd like to share one of my highlights of 2007 - Le Caveman versus the AB Haka on YouTube. And this was just the start of the downfall of Les Noirs at the hands of Les Bleus. I had my rugby money on Chabal and the French! A pity they didn't knock out the Poms as well the following weekend after downing England twice in warm-up matches on the eve of the World Cup in France.
For a line-up of Sebastien Chabal's greatest hits, check out The Times Online.

Now, back to the Pacific. Keep an eye out for the new book on developmen

t communication and the Pacific media being published by AMIC in Singapore due early in 2008. Co-authors Evangelia Papoutsaki and Usha Sundar Harris. Plus many contributors - among them Ron Crocombe, Kalafi Moala, Robert Iroga, Som Prakash, Shailendra Singh, Mark Hayes, Helen Molnar ... and me, of course. Definitely a worthwhile read and some touches of controversy too. It can be ordered via New Zealand's Pacific Media Centre.
Some info ...
Watch for other publishing info updates at the PMC
Posted by café pacific at 9:29 PM