Pasifika TV - David pulling a fast one on Goliath? 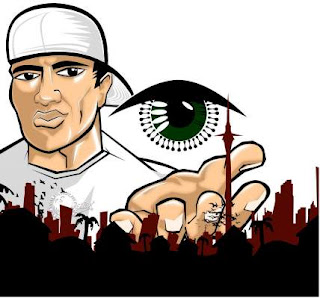 SO Will 'Ilolahia stole a march on the big boys at Television NZ and TV3 during the Pasifika media fono today. During a panel devoted to the future of a Pasifika TV channel when TVNZ and TV3's own ideas were floated - interesting but not very convincing - maverick broadcaster Will 'Ilolahia rose and spoke from the floor about a Pacific TV channel which he says will be streaming on the internet by November 1. His announcement came like a bombshell at the fono, leaving Tagata Pasifika's Taualeo'o Stephen Stehlin and TV3 Pasifika consortium's Innes Logan (Spasifik publisher) almost speechless.
"We know there are a lot of PIs around the world who are dying to watch Kiwi films and that kind of stuff," Will explained. When asked why he kept the establishment of the channel secret, 'Ilolahia told the Pacific Media Centre's Dominika White that he had wanted to wait until his organisation had something concrete. "To be honest, I came here to hear about the competitors. That's why I got up and said it," he said. Under the moniker of Kiwi Television, the new channel will be available at: http://kiwitv.streamstaging.co.nz/ (yet to go live). Check out Will's response.

Full marks to Pacific Islands Media Association's Aaron Taouma and his PIMA team for a lively and stimulating conference at AUT University, the best in years. From the "mainstreaming" session in the morning - which included newcomers like the New Zealand Herald's South Auckland reporter Vaimoana Tapaleao to the doyen of television news producers Tati Urale - to the final "future directions" panel, including heavyweights like Taimi 'o Tonga publisher Kalafi Moala and the National Pacific Radio Trust's Fa'amatuainu Tino Pereira, the fono was a great success. Moala's challenge to PIMA was to step up its regional Pacific role. The "Pac2thefuture" theme was a real winner and so were the lower registration fees - especially for students. It was a buzz to see so many younger faces, and students came from Whitireia and the NZ Broadcasting School in Christchurch as well as the usual AUT crowd. A bonus was the announcement of AUT's new Graduate Diploma in Pacific Journalism, the first Pasifika media education initiative in almost two decades - since the early success of the old Manukau journalism course.
Posted by café pacific at 10:43 PM

I'm not sure about pulling a fast one on Goliath as besides being a
regular contributor of this website's discussions PiTV has been
producing programmes, since its inception during my day's at Triangle Television 10 years ago..even did a live "One Love" simulcast on Niufm too.

I suppose after hearing " mainstream broadcasters " rep. at previous conferences saying they are investigating the possibilities of a Pi channel etc... this "maverick " producer ACTIONED what we all
wanted.

So please everyone whom wants to at least pick up KIWITV's opportunity with IPTV technology for at least another opportunity for us Pacific media ....lets "Get it ON"

thank you TNews, Kalafi's SBC in Tonga, Maori TV, Triangle TV and Mario
for willing to assist with products ...

Malo aupito Vaimoana, David Robie, PIMA and of course our heavenly
father for spreading the WORD