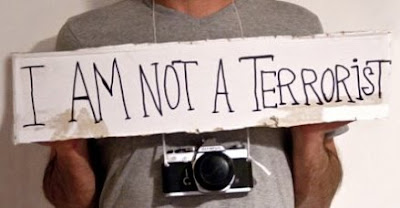 IT'S OFFICIAL. Well, at least that is the implication of the new "10 most dangerous places for media" list published by Reporters Sans Frontieres - the Pacific is actually one of the safest places in the world for journalists. Yet many donors seem to think that a relatively safe region is more deserving for media freedom support than others in the real global hot seat. Even West Papua, which is by far the most dangerous place for journalists in the Pacific, doesn't get close to making the most risky hit list.

The 10 most dangerous places for journalists

Reporters Without Borders has this year, for the first time, compiled a list of the world’s 10 most dangerous places for the media – the 10 cities, districts, squares, provinces or regions where journalists and netizens were particularly exposed to violence and where freedom of information was flouted.

Overall, 2011 took a heavy toll on media freedom. The Arab Spring was at the centre of the news. Of the total of 66 journalists killed in 2011, 20 were killed in the Middle East (twice as many as in 2010). A similar number were killed in Latin America, which is very exposed to the threat of criminal violence. For the second year running, Pakistan was the single deadliest country with a total of 10 journalists killed, most of them murdered. China, Iran and Eritrea continue to be the world’s biggest prisons for the media.

The Arab Spring, the protest movements it inspired in nearby countries such as Sudan and Azerbaijan, and the street protests in other countries such as Greece, Belarus, Uganda, Chile and the United States were responsible for the dramatic surge in the number of arrests, from 535 in 2010 to 1,044 in 2011. There were many cases of journalists being physically obstructed in the course of their work (by being detained for short periods or being summoned for interrogation), and for the most part they represented attempts by governments to suppress information they found threatening.

The 43 percent increase in physical attacks on journalists and the 31 percent increase in arrests of netizens – who are leading targets when they provide information about street demonstrations during media blackouts – were also significant developments in a year of protest. Five netizens were killed in 2011, three of them in Mexico alone.

From Cairo’s Tahrir Square to Khuzdar in southwestern Pakistan, from Mogadishu to the cities of the Philippines, the risks of working as a journalist at times of political instability were highlighted more than ever in 2011. The street was where danger was to be found in 2011, often during demonstrations that led to violent clashes with the security forces or degenerated into open conflict. The 10 places listed by Reporters Without Borders represent extreme cases of censorship of the media and violence against those who tried to provide freely and independently reported news and information.

(Listed by alphabetical order of country. Full details on the RSF website)
1. Manama, Bahrain
The Bahraini authorities did everything possible to prevent international coverage of the pro-democracy demonstrations in the capital, Manama, denying entry to some foreign reporters, and threatening or attacking other foreign reporters or their local contacts. Bahraini journalists, especially photographers, were detained for periods ranging from several hours to several weeks. Many were tried before military tribunals until the state of emergency imposed on 15 March was lifted. After months of demonstrations, order was finally restored thanks to systematic repression. A blogger jailed by a military court is still in prison and no civilian court ever reviewed his conviction. Bahrain is an example of news censorship that succeeded with the complicity of the international community, which said nothing. A newspaper executive and a netizen paid for this censorship with their lives.

2. Abidjan, Côte d’Ivoire
Abobo, Adjamé, Plateau, Koumassi, Cocody, Yopougon ... all of these Abidjan neighbourhoods were dangerous places for the media at one stage or another during the first half of 2011. Journalists were stopped at checkpoints, subjected to heavy-handed interrogation or physically attacked. The headquarters of the national TV station, RTI, was the target of airstrikes. A newspaper employee was beaten and hacked to death at the end of February. A Radio Yopougon presenter was the victim of an execution-style killing by members of the Forces Républicaines de Côte d’Ivoire (FRCI) in May. The post-election crisis that led to open war between the supporters of the rival presidential contenders, Laurent Gbagbo and Alassane Ouattara, had a dramatic impact on the safety of journalists. During the Battle of Abidjan, the country’s business capital, at the start of April, it was completely impossible for journalists to move about the city.

3. Cairo’s Tahrir Square, Egypt
The pro-democracy demonstrations that finally forced Hosni Mubarak to stand down as president on 20 February began at the end of January in Tahrir Square, now the emblem of the Arab Spring uprisings. Foreign journalists were systematically attacked during the incredibly violent first week of February, when an all-out hate campaign was waged against the international media from 2 to 5 February. More than 200 violations were reported. Local journalists were also targeted. The scenario was similar six months later – from 19 to 28 November, in the run-up to parliamentary elections, and during the weekend of 17-18 December – during the crackdown on new demonstrations to demand the departure of the Supreme Council of the Armed Forces.

4. Misrata, Libya
After liberating Benghazi, the anti-Gaddafi rebels took Misrata, Libya’s third largest city and a strategic point for launching an offensive on Tripoli. But the regular army staged a counter-offensive and laid siege to the city, cutting it off from the rest of the world and imposing a news and information blockade lasting many weeks, during which its main road, Tripoli Street, was repeatedly the scene of particularly intense fighting. The Battle of Misrata highlighted the risks that reporters take in war zones. Two of the five journalists killed in Libya in 2011 lost their lives in this city.

5. Veracruz state, Mexico
Located on the Gulf of Mexico and long dominated by the cartel of the same name, Veracruz state is a hub of all kinds of criminal trade, from drug trafficking to contraband in petroleum products. In 2011, it became the new epicentre of the federal offensive against the cartels and three journalists were killed there in the course of the year. Around 10 others fled the state as a result of the growing threats to freedom of information and because of the inaction or complicity of the authorities in the face of this threat.

6. Khuzdar, Pakistan
The many cases of journalists who have been threatened or murdered in Khuzdar district, in the southwestern province of Balochistan, is typical of the extreme violence that prevails in this part of Pakistan. The province’s media are caught in the crossfire between the security forces and armed separatists. The murder of Javed Naseer Rind, a former assistant editor of the Daily Tawar newspaper, was the latest example. His body was found on 5 November, nearly three months after he was abducted. An anti-separatist group calling itself the Baloch Musallah Defa Army issued a hit-list at the end of November naming four journalists as earmarked for assassination.

7. The Manila, Cebu and Cagayan de Oro metropolitan areas on the islands of Luzon and Mindanao, Philippines
Most of the murders and physical attacks on journalists in the Philippines take place in these three metropolitan areas. The paramilitary groups and private militias responsible were classified as “Predators of Press Freedom” in 2011. The government that took office in July has still not come up with a satisfactory response, so these groups continue to enjoy a total impunity that is the result of corruption, links between certain politicians and organized crime, and an insufficiently independent judicial system.

8. Mogadishu, Somalia
Mogadishu is a deadly capital where journalists are exposed to terrible dangers, including being killed by a bomb or a stray bullet or being deliberately targeted by militias hostile to the news media. Although the Islamist insurgent group Al-Shabaab withdrew from the capital, fighting continues and makes reporting very dangerous. Three Somali journalists were killed in Mogadishu this year, in August, October and December. And a visiting Malaysian cameraman sustained a fatal gunshot injury to the chest in September while accompanying a Malaysian NGO as it was delivering humanitarian assistance.

9. Deraa, Homs and Damascus, Syria
Deraa and Homs, the two epicentres of the protests against Bashar al-Assad’s regime, have been completely isolated. They and Damascus were especially dangerous for journalists in 2011. The regime has imposed a complete media blackout, refusing to grant visas to foreign reporters and deporting those already in the country. The occasional video footage of the pro-democracy demonstrations that began in March has been filmed by ordinary citizens, who risk their lives to do so. Many have been the victims of arrest, abduction, beatings and torture for transmitting video footage or information about the repression. The mukhabarat (intelligence services), shabihas (militias) and their cyber-army have been used by the regime to identify and harass journalists. Physical violence is very common. Many bloggers and journalists have fled the country. Around 30 journalists are currently believed to be detained.

10. Sanaa’s Change Square, Yemen
Change Square in Sanaa was the centre of the protests against President Ali Abdallah Saleh and it is there that much of the violence and abuses against journalists took place. Covering the demonstrations and the many bloody clashes with the security forces was dangerous for the media, which were directly targeted by a regime bent on crushing the pro-democracy movement and suppressing coverage of it. Two journalists were killed while covering these demonstrations. Pro-government militiamen known as baltajiyas also carried out punitive raids on the media. Physical violence, destruction of equipment, kidnappings, seizure and destruction of newspapers, and attacks on media offices were all used as part of a policy of systematic violence against media personnel.