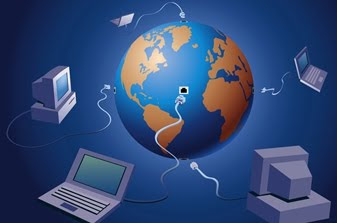 SO Reuters reports that US lawmakers stopped anti-piracy legislation in its tracks this week, "delivering a stunning win for internet companies that staged an unprecedented online protest". Previously the fast-moving bills had appeared on target to become a draconian new curb on freedom of expression and information on the internet. Senate Democratic leader Harry Reid said he would postpone a critical vote that had been scheduled next week on January 24 "in light of recent events". (See the Hindustani version of a Reuters report). But Jillian C. York of Global Voices gives a pithy account of the world protest blackout this week - January 18. She writes:
Global online community protests US anti-piracy bills

Today, January 18, is an important day for the Internet. Corporate websites, from Google to Twitpic, along with civil society groups and individuals, have all joined together in a common cause: to protest two American bills that could have grave effects for global online free expression.As Global Voices' executive director Ivan Sigal has written, “there are powerful corporate and government forces who would prefer to see the openness and accessibility of the web restricted". The Stop Online Piracy Act (SOPA) and the Protect-IP Act (PIPA) would both force websites to proactively censor potentially copyrighted information, and could, as Sigal wrote, “inflict broad damage on the work of digital activists living under repressive regimes, as well as restrict basic speech freedoms around the world.”Because these bills have the potential to affect internet users worldwide, members of the global community have joined Americans in protest. From German digital rights group Netzpolitik to Open Media Canada to individual bloggers and social media users, the sentiment is the same: Stop these bills. 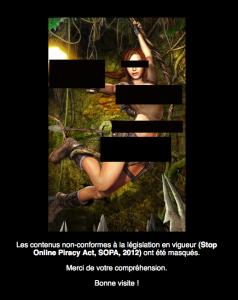 Blacking outFrench site https://linuxfr.org goes dark against #SOPAMany sites have chosen to express their opposition by blacking out their sites, either entirely or with an interstitial page. Danica Radovanovic (@DanicaR), writing for Australian blog network DejanSEO, discusses Wikipedia's decision to join the blackout, a decision that affects the site's diverse global community:

Over the course of the past 72 hours, over 1800 Wikipedians have joined together to discuss proposed actions that the community might wish to take against SOPA and PIPA. This is by far the largest level of participation in a community discussion ever seen on Wikipedia, which illustrates the level of concern that Wikipedians feel about this proposed legislation. The overwhelming majority of participants support community action to encourage greater public action in response to these two bills. Of the proposals considered by Wikipedians, those that would result in a “blackout” of the English Wikipedia, in concert with similar blackouts on other websites opposed to SOPA and PIPA, received the strongest support.