THERE SEEMS to be no depths to which the depraved denizens of Coup 4.5  - the anti-government website – won’t plunge in their frustration at failing to derail Fiji’s march towards a fairer democracy. These so-called “journalists” are regular purveyors of racism and hate dressed up as respectable analysis but they’ve reached a new low with a link on how to make bombs.

Yes, they’ve carried a comment by someone calling himself/herself Pyro Farf who says: 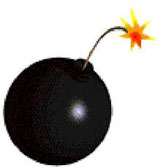 “Here’s what I’m reading:  From a former top explosives expert with the Israeli Army comes a manual that presents ten simple yet powerful formulas for explosives and incendiaries that give the basis for making bombs, booby traps and mines. Learn to obtain or make the needed chemicals, or get substitutes.”

We’re not going to provide the link but it’s all there on Coup 4.5 [link provided reluctantly by CP] – the site that poses as the defender of democracy while purveying racism and, in a fresh outrage, promoting violence with a clear inference that people in Fiji try to dislodge the regime with home-made bombs.

They’ve also launched crude attacks on Professor Yash Ghai, head of Fiji’s Constitutional Commission, with articles casting him as a regime supporter that are a clear attempt to derail the constitutional process. The 4.5 gatekeepers have even allowed a comment posting calling on Professor Ghai to be charged with sedition. Quite on what grounds isn’t made clear but rationality isn’t the website’s strongest point.

The comment comes from a certain Mark Manning, a well known Sydney-based agitator who describes himself as a clinical hypnotherapist. As one correspondent has already quipped on 4.5, he’s clearly in the business of hypnotising himself with the delusion that the good Professor can be charged with anything at all.

Mark Manning is a regular feature at anti-regime rallies organised by the so called Fiji Democracy and Freedom Movement, that rabble of ethno-nationalists, SDL supporters and hangers on who have trouble filling a church hall yet continually cast themselves as credible players in Fiji. He’s also a regular contributor to the Matavuvale website, where these sad characters gather to trade their fantasies and swap their most incisive bon mots. Among Manning’s choicest is to describe Grubsheet in lurid terms as someone who wipes the dictator’s nethers. The imagery is as crude as the language but this is evidently the best this hypnotherapist can conjure up.

Another regular contributor to both Coup 4.5 and Matavuvale is the charmless Ilisoni (Wilson)Tamanikaira, a man now banned from these columns for his overt racism and for urging Fijians (the real ones, of course) to beat Grubsheet to a pulp on sight. He and Mark Manning deserve each other, one a Fijian who appropriately resides in the red neck Australian city of Toowoomba (Pauline Hanson country), the other an Australian who evidently wishes he was Fijian but only if the country is run by people who wouldn’t allow him to be Fijian at all. Strangely, Manning is wedded to the SDL, surely an alliance of the most bizarre kind.

And so we have this gaggle of the politically dispossessed, racial supremacists (or both) plus their assorted camp followers, all quaintly banging their pots and pans offshore in support of a bastardised democracy like a bunch of Argentine washerwomen locked out of a bank. Their desperation is evidently reaching fever pitch as the constitutional process kicks into gear and their dreams of a comeback move further and further out of reach. So perhaps it’s to be expected that their agitation is also reaching fever pitch, whatever rationality they once had dissolving into mass hysteria and a steady stream of idle threats.

Few rational people care anymore about their loathsome politics and racism, not to mention the appalling hypocrisy of one-time coup makers such as Simione Kaitani screaming blue murder about democracy from their cosy perches in Australia.

But when the “journalists” at Coup 4.5 start issuing instructions about how to make home-made bombs -presumably to be detonated in the country they claim to love – it’s a bridge too far and let’s call it what it really is: criminal and sick.