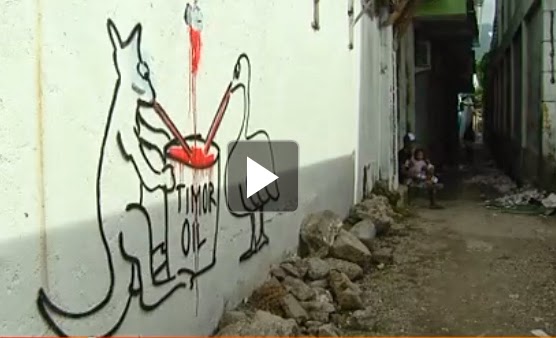 Charles Scheiner, a researcher at the Dili-based NGO, La’o Hamutuk, which has closely monitored Timor-leste’s economy and oil industry negotiations and agreements since the restoration of independence in 2002, told SBS World News the decision was a clear win for the Asia-Pacific country.

“All of the written decisions [except Callinan’s] were unambiguous in saying that Australia's conduct was wrong,” said Scheiner, referring to ad-hoc judge Ian Callinan, a former Australian High Court judge and the only dissenting voice on the ICJ panel of 15 judges.

While Australia was not forced to return the documents seized in a raid by the Australian Security Intelligence Organization (ASIO) last December, the court did order for the material to be kept under protected seal.

According to Timor-Leste the material seized from the Canberra office of its lawyer, Bernard Collaery, contains documents, data and correspondence related to a separate legal battle for control over $40 billion in oil and gas reserves located in the Timor Sea.

Timor-Leste is calling for the treaty that divides the reserves equally between the two countries to be nullified following allegations Australia bugged the Timorese parliament so it could to listen in on the treaty negotiations.

A former Australian intelligence agent, who was also targeted in the ASIO raid, is the key whistleblower in the case.

Commentators have argued that the qaintly named 2006 Certain Maritime Arrangements in the Timor Sea (CMATS), the agreement that splits the Greater Sunrise field between the two countries, was unfairly negotiated.

They claim the $40 billion in oil and gas reserves would fall entirely within Timor-Leste territory if the international boundary norms had been employed in this agreement. La’o Hamutuk has a comprehensive online resource about this issue.

“I think Timor-Leste's fundamental case for a maritime boundary based on equidistance remains very strong,” Scheiner told SBS about the possible repercussions of the ICJ decision, “and nothing Australia confiscated or overheard will change that.”

Fresh insights
The ABC Four Corners programme will shed fresh insights into the case. The programme provides the following background with a trailer on its website:


Late last year the office of Canberra lawyer Bernard Collaery was raided by agents from ASIO and the Federal Police.

They were looking for documents that linked his client, a former top Australian spy, to disclosures that Australia had bugged East Timor's Prime Minister and his advisors during crucial treaty talks a decade ago. Those talks resulted in a treaty that carved up billions of dollars worth of oil and gas reserves in the Timor Sea.

Now both the lawyer and former spy are threatened with criminal charges for breaching national security laws.

Next on Four Corners, reporter Marian Wilkinson investigates the events leading up to the ASIO raids on Bernard Collaery and the former spy and reveals the growing friction between Dili and Canberra over the row.

Attorney-General George Brandis defends the head of ASIO, David Irvine, for his advice on the warrants and tells Four Corners: "the intelligence case that ASIO put before me was a very strong case."

But East Timor's lawyer, Bernard Collaery, says he is concerned the government is trying to stop the former spy, codenamed 'Witness K', giving evidence about the espionage operation in legal proceedings launched by East Timor.

The stakes are high. East Timor wants to invalidate the treaty it signed with Australia in 2006 and has taken its case to the Permanent Court of Arbitration in The Hague.

The tiny nation is calling on Australia to finally negotiate permanent and fair maritime boundaries that will give it more control over the oil and gas wealth in the Timor Sea.

"Drawing the Line", reported by Marian Wilkinson, produced by Peter Cronau and presented by Kerry O'Brien, goes to air on Monday, March 17, at 8.30pm on ABC1.