Fiji court 'intimidation' over criticism of judges rapped by RSF 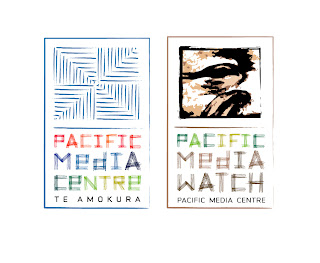 Paris-based Reporters Without Borders (RSF) has condemned what it describes as the Fiji Appeal Court's harassment of Leone Cabenatabua, editor of the Fiji Sun, and Virisila Buadromo, head of the Fiji Women's Rights Movement (and former journalist), who were summoned and warned by the court on 12 February 2008 because of an article quoting Buadromo in that day's issue criticising the military-led government's appointment of new judges to the court.
"The judges exceeded their prerogatives by trying to intimidate a newspaper editor who just published an activist's views on a violation of the rule of law," the press freedom organisation said.
Questioning the independence of the Fijian judicial system, Buadromo's article described the appointments as illegal and said they were an attempt by the military to legitimise their December 2006 coup. It was the three judges named in the article - Daniel Gounder, Nazhat Shameem and Jocelyn Scutt - who summoned Cabenatabua and Buadromo. No charges have been brought against them.
The Sun's editor-in-chief, Russell Hunter, clarified his newspaper's position in an interview with Radio Australia's Pacific Beat reporter Bruce Hill, whose interview was partially carried by Radio Fiji: "You have to listen to what the Court of Appeal tells you - but at the same time you have to exercise editorial judgement. I guess you'll try and fall in the middle somewhere."
Meanwhile, the decade-old Sydney-based Pacific Media Watch is being reestablished as a digital research repository at AUT University's Pacific Media Centre and will be available soon in its new format as a public domain searchable media resource. In Timor-Leste, the case of a beaten up AFP journalist is being investigated and censorship by the Australian-led military authorities is a growing concern.