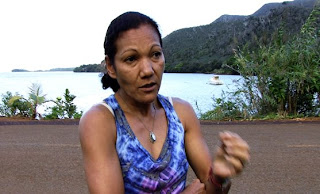 Clashes in New Caledonia persist over nickel mining and coral reefs as indigenous Kanaks campaign for customary authorities to have more say in decision-making over resource development, says an environmental campaigner. Marina Kahlemu, former president and now secretary of the Corail Vivant environmental group, says the struggle to save the reef is critical in the face of major mining projects. She talked about her people's struggle on a visit to the Pacific Media Centre this week with Canterbury University internship student journo Yvonne Sargayoos. Marina is on her way to Quebec where the next stage of the campaign to have New Caledonia's coral reef classified by UNESCO as a world heritage site is set. Grou 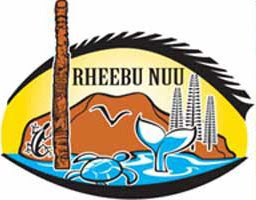 ps like Corail Vivant and the more militant Rheebu Nuu have been at the forefront of the struggle. AUT film maker Jim Marbrook is working on a doco about the dilemmas of nickel mining and economic development and protecting the fragile environment. From what we've seen of the rushes so far, Jim has a compelling and doco in the making - one that indigenous campaigners protecting a way of life will find inspiring. Photo: Marina Kahlemu ... campaigning to save New Caledonia's reefs. Photo: Jim Marbrook. Video: Jeffery Zweig at a meeting earlier this year planning to halt the pipeline work.

Dear Mr Brazilian businessman and shareholders, stay in Brazil. How many sacrifices were made for the $18billion acquisition? How many lies did they fabricate in thier due dilligence when Inco told you "we have everything under control in GORO" The Kanakys have friends all over the world. And we will hurt you economically and ethically every time you disrespect the environmental, social, religious, political balance of our peaceful nation. God have mercy on your souls! No empire, imperialist, corporate multinationalist has ever truly conquered the conquered. WE WILL NEVER GO AWAY! WE WILL BE AT TONTOUTA AIRPORT TO SAMBA YOUR ASS BACK TO BRAZIL, POONIETA! Go On! Go to Canada and tell everyone that we are part of the axis of evil. That's right! the Kanaky's were involved in 9/11 and Spanish train bombing. We won't listen to your crap and we will not fall for any "FALSE FLAG" sabbotage or PSYOP bullshit either. We are not stupid!Unless you sit down and work out another solution....we will make sure you lose money for every second of your occupation.