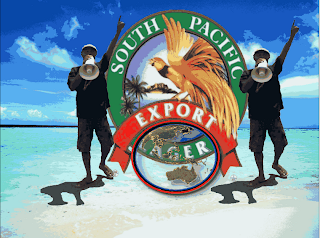 By Ben Bohane in Port Vila

West Papuan leaders are warning of a "total intifada" in their Indonesian-ruled homeland, saying the failure of the Pacific Islands Forum to discuss their independence may mean the end of its diplomatic attempts to resolve their plight peacefully.

They are disappointed that Vanuatu, as the new chair, did not address the matter as promised but they have also singled out Papua New Guinea for "betraying" them with its insistence on Indonesian sovereignty.

"We feel betrayed by Papua New Guinea and its grand thief - not chief - Sir Michael Somare," said Dr John Ondawame, a spokesman for the West Papua National Coalition for Liberation.

"Pacific leaders continue to be bribed by Indonesia, diplomacy is failing and it will be very difficult for our political leaders to contain our OPM [guerilla] forces after these ongoing diplomatic failures. We are close to declaring a total intifada in Papua." 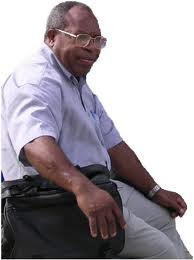 Vanuatu is the only nation to have backed the West Papuans. Last month its Parliament passed a bill declaring that Vanuatu would take the issue to both the International Court of Justice and the United Nations General Assembly later this year.

It was blocked by Somare, the PNG Prime Minister, whose lone dissenting voice scuttled the deal, since the vote had to be unanimous.

Papuan leaders also warned the forum leaders to be wary of Indonesian influence, claiming Indonesia is playing "a double game" as it also had its ambassador to Fiji attend that country's rival "Engaging Fiji" meeting. 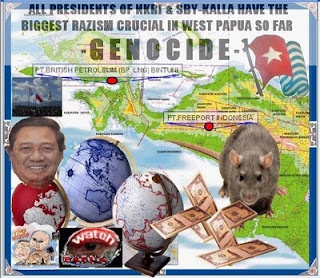 Observers say Indonesia is concerned that Vanuatu chairs both the Melanesian Spearhead Group and the Pacific Islands Forum, given its support for West Papua.

Indonesian support for Frank Bainimarama's rival forum in Fiji might be a way of undermining the forum if it continues to push the West Papuan issue.

Indonesia has sent a delegation to the forum in Port Vila and West Papuan leaders say Indonesia's intelligence agency is also sending a senior official to speak to the Vanuatu government. - 6959 The Sydney Morning Herald/Pacific Media Watch

A very commendable coverage. This needs to see the light of day in the mainstream news media to raise our awareness of the failures of the so-called civilised world to stop bloodbath at our doorsteps.

There is immense sympathy for the West Papuan plight and the action of PNG may confuse many. For a Grand Chief to be called a "thief" by a neighbouring country in need of brotherly love is yet the strongest rebuke by West Papua on their neighbouring leadership. Somare needs to answer. Has he really been bribed by the Indonesians? Is he fearful of Indonesia? Are we not living in a free world where "might is right" is no longer valid? Why is there a deafening silence from PIF? Is it because of NZ and Australian influence because of trading association with one of the Asian tigers and a populous nation? Why NZ ignores lack of democracy and media freedom in China and Thailand yet very choosy in kicking Fiji in the teeth?

We need urgent answers to these questions, and regional support for West Papua to avoid a bloody civil war, as threatened by the West Papuans, who cannot bear the atrocities of Indonesia any more.

We will never know if Somare was motivated by bribes or fear, but I'm certain Australia and NZ are motivated by fear. Fear can prevent rational thought, hurting our brothers in West Papua and ourselves.

Australia, NZ and the US create much trouble by appeasing Indonesia. Every Islamic nation learns that these western countries will sell their principles & silence for the right price.