No 'sun' for Pacific climate film, but Strangers scores an Oscar


PACIFIC hopes were high. The compelling climate change documentary Sun Come Up was shortlisted for the Oscars. Astonishingly, an environmental film about Papua New Guinea was in the running for a short subject documentary award.

Several commentators were tipping Sun Come Up for final honours. But no. It was pipped by another deeply moving film, Strangers No More, a delightful Israeli documentary telling the tale of the children and their survival stories from 48 countries. The youngsters take their lessons and share their experiences at Bialik-Rogozin School in south Tel Aviv. 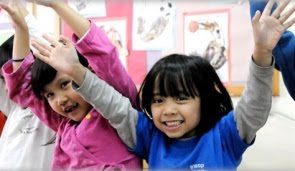 This is an inspiring parable of peace.

The films opens with these lines:

For most children, getting to school is as simple as going around the block. But for others it’s a dangerous journey across hostile borders.

Once child: “I [saw] my father killed in front of me.”

Another schoolboy: “They shoot people and kill them”.

A schoolgirl: “I just had to find a safe place.” 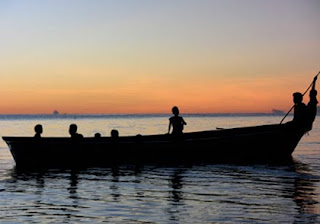 Disappointing as it may be for Sun Come Up’s filmmakers, Jennifer Redfearn and Tim Metzger, and supporters to miss out at the final hurdle, one correspondent of Pacific Scoop summed up the views of many by saying:

Heads up to the media for taking climate change issues to this level…the Oscars…this is amazing! It’s also a brilliant way to get climate change out there to a totally different set of audience….new mindset…probably a new approach to tackling the issue will spring up….and more empathy rather than sympathy derived from this.

I actually have a lot of optimism in Hollywood stars doing something about it compared to politicians who have been doing nothing more than talking about it all these years….we’re so totally over their senseless negotiations!

The truth is that Sun Come Up had really tough competition this year with three other strong environmental and social justice films also in the frame. Shortlisted were: Gasland (this takes a critical look at the natural gas extraction industry, which has been blamed for polluting local water supplies; Waste Land, which exposes the life of catadores, or scavengers, in the world’s largest garbage dump on the outskirts of Rio de Janeiro; and The Warriors of Qiugang, which tells the story of poor villagers challenging “runaway pollution” by three local industrial sites.

Also spare a thought for another inspiring climate change documentary from New Zealand, Briar March's There Was Once an Island (about the plight of Takuu atoll in Papua New Guinea). This wasn’t nominated, but it ought to have been.

Sori tu mas, but no coconut for guessing why the PNG climate change film got bowled out of the Oscars by something with an Israeli theme. Jewish members of The Academy dominate voting for the Oscars, just as they hold huge sway over Hollywood as a whole. Much as it seems uncharitable to say so, any film that is sympathetic to the Jewish cause has a inside running, just as any film that portrays that cause in a poor light will never bathe in the Oscar glow. Witness the extent to which the makers of The King's Speech had to defend criticism that they'd been soft on George V1 because he'd once been soft on the Nazis, along with almost the entire British establishment until Hitler showed his true colours. There was a modicum of indirect success for the islands at the Oscars in David Seidler's win for the screenplay of The King's Speech. Seidler was once a speechwriter for Fiji's founding father, Ratu Sir Kamisese Mara. So a big coconut and kaila for him.