Fiji blogs and The Fiji Times 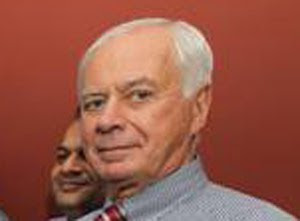 AN OPEN letter from outgoing Fiji Times publisher Dallas Swinstead explains why he left the country's leading newspaper after rescuing it for the Motibhai Group following the buyout of News Ltd last year. The Australian-based Murdoch subsidiary was forced to divest 90 percent of its interest to local ownership under the terms of the controversial Fiji Media Industry Development Decree in September. But News Ltd elected to sell up completely:

People keep telling me I’m getting the occasional mention on blogs (which I don’t read). Anyway, it would be a good idea to share with anyone who is interested why I left The Fiji Times.

1. Motibhai, the new local owners of the paper, could not organise insurance nor medical evacuation for me, a requirement of our contract.

2. This became an issue for both them and I and they agreed to pay out the remainder of the work permit, four or five weeks.

3. I am tremendously proud, in fact exhilarated, by what I achieved with the full-blooded co-operation of some 160 The Fiji Times employees, as they embraced the job of resuscitating the newspaper the government intended to close.

4. The newspaper published its editorial charter on October 9 in which we stated that we supported the Prime Minister’s dreams of One Nation One People. We made it clear we would not be kissing arses but nor would we be instinctively kicking them. Like every decent paper in the world we have kept that promise.

5. The government continues to subsidise the opposition newspaper, the Fiji Sun with about 3000 pages of advertising a year. In return it publishes verbatim, mostly, all government releases. It is a shameless, even dangerous, publication.

6. Depending on what happens in Fiji in the weeks ahead, I may, or may not, fill in the details of that journey other than to take this opportunity to thank those dozens of the business, academic, legal, diplomatic and public servicemen and women who shared frank and revealing conversations with me about the way Fiji works.

Dallas Swinstead would have been better off saying nothing at all than serve up this miserable offering about the circumstances of his departure from the Fiji Times. I thought he'd left because his glorious mission had been accomplished. He'd saved the Fiji Times from closure, replaced a self-indulgent editor and could move on with his head high having placed Fiji's historical newspaper of record on a healthy, profitable course. Instead, it turns out to have been a grubby dispute with Mac Patel about his personal insurance, presumably an insistence on his part on a big policy and evacuation provisions that Motibhai eventually decided it couldn't afford. Why on earth do we need to know this? Was there such a public clamour for an explanation about the circumstances of Swinstead's departure that one was required in the national interest? Hardly. I haven't seen one person in Fiji seeking any such explanation, either in the letters columns of the Fiji Times or the unnamed blog sites Swinstead says he doesn't read. But what really marks this out as a mean and singularly self indulgent exercise is Swinstead's attack on the Fiji Sun. He accuses it of being a stooge of government and "even dangerous" without giving any detailed evidence to support his claim. What does he mean by "dangerous"? Dangerous to the bottom line of the Fiji Times? Unfortunately, reading between the lines, one can't help but suspect that Swinstead's beef is that the Sun has a commercial advantage over the FT because of the "3000 advertising pages a year" it gets from government. In his public comments when he took the publisher's gig a few months ago, Swinstead specifically mentioned trying to win some of this advertising back. Did he fail to do so, even after he sacrificed the government's bete noir, editor Netani Rika? Without proper explanation, this whole thing reeks of sour grapes, not just about Swinstead's relationship with Motibhai but the regime. I, for one, would welcome a much larger missive from The Great Man on the issues he dangles before us in such cursory fashion. As it stands, he's made a spectacular evacuation of his own all over Motibhai's doorstep without fulfilling the first requirement of any newspaperman, which is to tell us the full story.