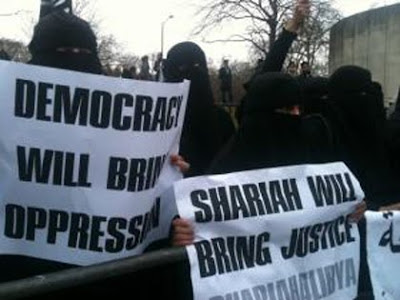 BRAZILIAN journalist Pepe Escobar, author of Globalisation: How the Globalised World is Dissolving into Liquid War, has an uncanny knack of slicing through the hypocrosy and exposing Western duplicity. His articles since the start of the so-called Arab Spring in January have been revealing reading, if rather gloomy. Today on Radio New Zealand's Saturday interview slot with Kim Hill, he exposed the realities of post-Gaddafi Libya. He warned that an Al Qaeda extremist was rebel military commander (Abdel Hakim Belhaj) in Tripoli and the country could now slide into a protracted conflict with two guerrilla forces warring with a weak new central regime - Gaddafi loyalists and Jihadist fundamentalists. Libya is about to be carved up over the control of oil and water - coveted by France - reserves by the "right to plunder" (R2P) doctrine. This is also a theme Escobar has explored in his latest article for Asia Times Online. Welcome to Quagmire City:

The white man's burden doesn't allow asking Africans what they think about the current Western/monarchical Arab onslaught on the northern shores of their continent. At least some are not beating around the bush.

Over 200 African leaders and intellectuals released a letter in Johannesburg, South Africa, stressing the "misuse of the United Nations Security Council to engage in militarised diplomacy to effect regime change in Libya", as well as the "marginalisation of the African Union".

As for the Western "winners" in Libya, they are not even playing smoke and mirrors anymore. Richard Haass, president of that Gotha of the US establishment that is the Council on Foreign Relations, wrote a Financial Times op-ed blatantly stating: "The 'humanitarian' intervention introduced to save lives believed to be threatened was in fact a political intervention introduced to bring about regime change." 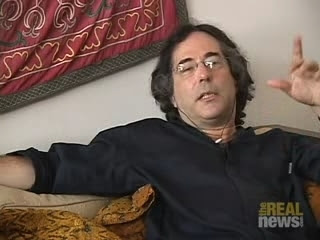 dy dispatched them to the dustbin of history: "Libyans will not be able to manage the situation about to emerge on their own", and with "two million barrels of oil a day" at stake, the only solution is an "international force". Translation: occupation army - as in Afghanistan and Iraq. Welcome to neo-colonialism 2.0.

Payback time
So the US establishment is now as brazen as the wealthy right-wing nut jobs of the Donald "that thing on his head" Trump variety. Trump told Fox News: "We are NATO [North Atlantic Treaty Organisation]. We back NATO in terms of money and weapons. What do we get out of it? Why won't we take the oil?"

Not to mention prime corporate media idiocy. CNN has moved Tripoli east - to the eastern Mediterranean, somewhere near Lebanon. The BBC showed a Tripoli Green Square "rebel" celebration set in ... India, with Indian flags. Hail the total integration of NATO and Western/GCC media; GCC is the Gulf Cooperation Council, the six wealthy fundamentalist satrapies also known as the Gulf Counter-revolution Club.
...
And what next: a Green Zone remix near Green Square?