While the election arguably legitimised Voreqe Bainimarama’s so-called 2006 “coup to end all coups”, the students performed something of a coup themselves.

Not only were they providing the first ever comprehensive coverage of a Pacific national election by a New Zealand journalism school, but their reportage was far superior to much of the Kiwi media that was ill-prepared for the occasion.

In fact, some were unashamedly parachute journos covering a complex event on September 17 that was overshadowed by New Zealand’s own election three days later.

All three students were reporting as a “package” for Pacific Scoop, the course outlet for AUT’s postgraduate Asia-Pacific Journalism course run by the Pacific Media Centre. But while two were on the ground in Fiji, the third was an “anchor” - monitoring, writing and editing stories to provide an overall contextualised story.

Mads Anneberg, from the Danish School of Media and Journalism on exchange with AUT as part of the Inclusive Journalism Initiative (IJI), was with the impressive Repúblika magazine and its multimedia websites under the leadership of  Ricardo Morris. 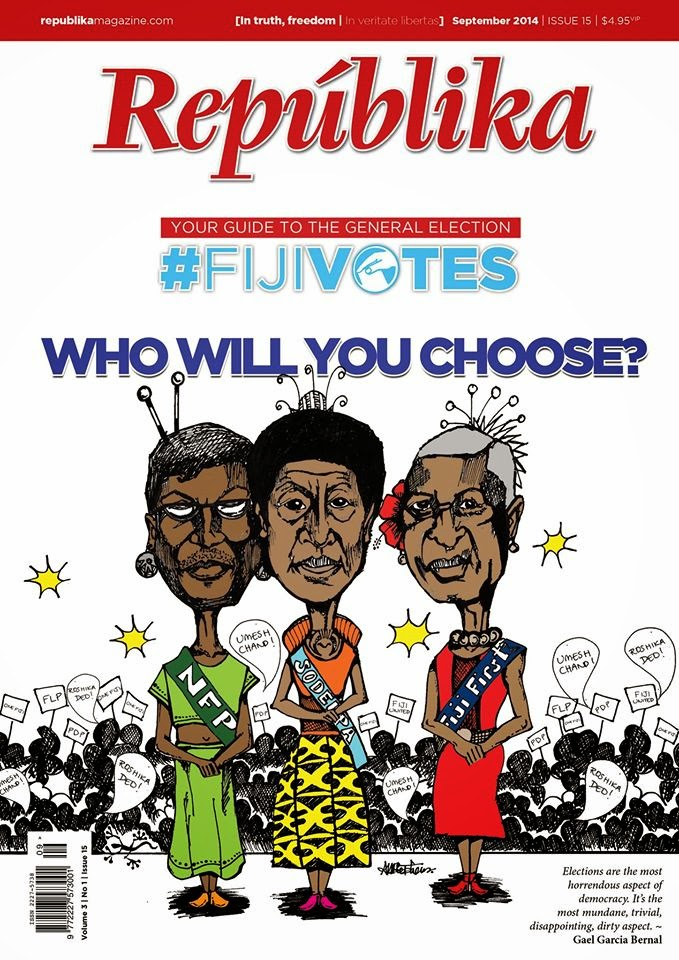 At the end of the internship, Mads filed an excellent profile about media freedom fighter Ricardo and the role of the magazine in rebuilding Fiji media credibility.

Alistar Kata was attached to the University of the South Pacific’s Wansolwara and provided two interviews with Radio Australia’s Bruce Hill while on the job. She developed a comprehensive portfolio of multimedia stories, including reports on Fiji's captive peacekeeping soldiers in Syria.

Back in New Zealand, she provided an 11 minute video commentary on her impressions and insights.


Mads and Star were awesome. The entire team at Repúblika enjoyed our time with Mads who was such a tuned-in and efficient multi-media journalist. He even got his photos published on page 3 of the Fiji Times the day after the election and got a photo of his over the entire front page on Friday. My photo of Aiyaz Sayed-Khaiyum and Bainimarama was used as the front page today [Saturday] but credited to Mads - so we made it three days in a row in the FT.

Also in Auckland, Thomas Carnegie held the coverage together and provided some overviews of his own.

In the wings was the Pacific Media Watch’s contributing editor Anna Majavu, a masters student doing a research thesis into the black press and media convergence in South Africa. She filed on media developments through the two-week coverage period.

Kapai to the whole team.

Alistar Kata's reflections in the Fiji Elections 2014 for the Pacific Media Centre.
Posted by café pacific at 12:58 AM