Asia-Pacific reporting with a fresh angle 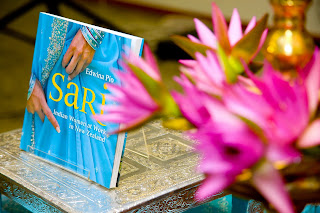 Student journalists at AUT University are digging up some good stories these days, especially on diversity topics that barely get a look in with the mainstream Pakeha/Palagi press. A group of them working on the Asia-Pacific Journalism postgrad paper have just turned in the following batch:
Overcoming the ‘dairy owner’ and other gender stereotypes
Migrant women have had to struggle against stereotypes for years. Carly Tawhiao talks to an author whose new book Sari challenges these stereotypes and offers a message for the future.
West Papuans forge alliance to push for independence
Groups seeking independence for West Papua have in the past been divided. Now, reports James Murray, unity is the buzzword and activists have joined forces.
Mama Mamas told to make way for ‘New York-style’ city
The Jayapura Mama Mamas, a group of women market workers, face eviction from their trading place in the centre of West Papua’s capital city. Carolyn Thomas talks about their lives to Judith Crimmins, who has recently returned from West Papua.
And Dylan Quinnell is on his way back from Jakarta after some remarkable experiences in Indonesia over the past few months. He even speaks passable Bahasa, I'm told. I'll check it out when he gets back. Next stop for him? China. Who said New Zealand j-schools should only be training for NZ media? In these days of globalisation, our graduates go anywhere - wherever the market is ready for their well-developed skills.
Check out Dylan's account of his experiences.
The student journo Asia-Pacific stories (another batch will be online at the Pacific Media Centre on Monday) are also featured under the PMC logo on Scoop World.
Posted by café pacific at 12:58 AM