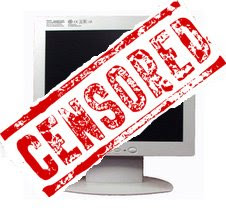 FIJI'S JUDICIAL responses to contempt by two local newspapers become sillier and sillier. The contempt laws for scandalising the court were never meant to stifle vigorous debate about court rulings. Citizens Constitutional Forum chief executive Rev Akuila Yabaki says the draconian prosecutions "stifle free speech in an oppressive manner". The paranoid climate around the judiciary following last month's controversial High Court judgment declaring the post-coup regime to be legitimate is deteriorating. The contempt proceedings against the Fiji Times, after the newspaper's apology about an online letter to the editor, and now the action against the Daily Post are vindictive. The Attorney-General's office is pressing for the jailing of publisher Rex Gardner and editor Netani Rika.

Quite rightly, the actions have drawn protests from the International Federation of Journalists, representing some 600,000 journos worldwide - which has also taken the opportunity to challenge the regime's plans for a "media promulgation" law. IFJ said it was deeply concerned that "while Fiji's military government is spruiking its draft media law as a means to encourage media freedom and freedom of expression, an independent newspaper is being forced to defend contempt charges for publishing the opinion of a member of the public with which the government disagrees."

For the record, former Fiji prime minister Mahendra Chaudhry has not dropped his F$1 million defamation case against the Fiji Times as reported by the paper - he has merely amended the claim to drop the parent company, Murdoch's News Limited, from the proceedings.