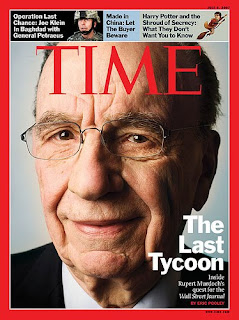 The four-year battle between the Fiji Times and Fiji's military backed government will soon come to a head as new media laws will force the sale of the 141-year-old paper that is owned by Rupert Murdoch's News Limited.

The Media Industry Development Decree, passed in late June, stipulates that 90 percent of ownership of Fiji's media companies must be made up of Fiji citizens. While Rupert Murdoch declared US citizenship in the mid-1980s to get around foreign media ownership rules in that country, there has been no talk of the Australian-born media mogul becoming a Fiji citizen.

Smith-Johns wondered aloud if the Australian government was behind some of the bad publicity Fiji's government has received:

Questions have been asked here, is the Australian government behind it? The Australian Government has turned around and said that it will not penalise Fiji, but obviously now News Limited certainly is. It's attacking our economy and it's attacking our tourists. It's a concerted campaign. It's not just one story, it's several stories that have been run in quite a few different papers.

Bloggers who cover Fiji (and their commentors) wonder whether Fiji's military government will weather the poor public relations storm by forcing the sale of such a well-known newspaper.

A comment from FRE in the Fiji Today blog:

The battle between government and media behemoth also spurs a debate on the often inflamed coverage of Fiji in the mainstream press around the Pacific. The Fiji Democracy Now blog complains that Smith-John's words are also inflamatory:

But we cannot let the latest public pronouncement get away, which asks us to believe that, somehow, Rupert Murdoch’s vast media empire, News Ltd, has become a “tool” of the Australian government. The mouthpiece states: “It begs the question that most in Fiji are asking. Is the Australian government using News Limited as a tool to punish Fiji and cripple our economy?” Wow! Has anyone told Rupert that his multi-billion dollar company is actually the PR lackey of the Aussie government?

A commenter to the blog Fiji: The Way It Was, Is and Can Be defends Smith-Johns, but points out that objective reporting and Fiji's future is more important than the current tussle:

[Smith-Johns is] saying the articles are deeply biased and could impact negatively on tourism which employs many thousands of Fiji citizens. One looks to the mainstream media for information, balance and objectivity but with almost all News Ltd articles (and indeed most other foreign media reports) on Fiji, this has generally not been the case. Rory's piece is hyperbole, not journalism as I know it. This is not about whether you or I support or oppose the 2006; it's about trying to understand the situation and help it move forward for the benefit of all Fiji citizens.

Michael Hartsell is a regular contributor on Fiji issues to Global Voices. Link to his original GV article here.
Posted by café pacific at 4:07 PM

The regime should seriously condiser bring Leweni back as PS Information. The ministry has gone back considerably since the appointment of Smith Johns. She appears to be totally out of her depth?

Smith Johns is an embarrassment to this government and has no right to be in that position anyway. When this party ends, guess who will be the first person on a plane back to Australia? She will.