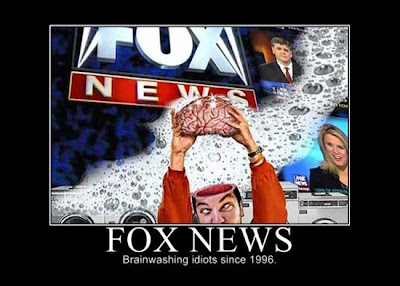 A TOXIC BRAND. And each day the poison spreads. Michael Wolff, author of the The Man Who Owns the News: Inside the Secret World of Rupert Murdoch, a biography, had some riveting insights during an interview with Radio New Zealand’s Kim Hill at the weekend. Wolff noted the supreme irony of the mogul who had built the world’s largest media empire, ruled through fear and “reward or punishment”, was now taking his own medicine.

“Once the power has gone, many of the opponents rise to get rid of the despot,” he said. Wolff believes the fallout from the News of the World phone-hacking scandal will be devastating in the long run for the Murdoch empire.

The NOTW has been accused of hacking into the phones of celebrities, politicians and ordinary citizens - including a 13-year-old girl, Milly Dowler, who was abducted and murdered in Britain.

Rebekah Brooks, a former editor of NOTW, Britain’s biggest selling Sunday newspaper until it was sacrificed in an attempt to keep alive Murdoch’s takeover hopes to buy out the British pay TV giant BSkyB, finally resigned as News International head in Britain late last week. She has since been arrested by police for questioning and has been replaced at the helm by New Zealander Tom Mockbridge, formerly chief executive of Murdoch-owned satellite broadcaster Sky Italia.

Dow Jones chief executive Les Hinton resigned in New York and Murdoch himself has published several apologies in his various British titles in a desperate attempt at damage control.

But the biggest casualty so far has been the resignation of Britain’s top police officer Police Commissioner Paul Stephenson, head of London's Metropolitan Police Service, or Scotland Yard, who quit because of the alleged links between the police and the phone-hacking scandal. Stephenson cited the “ intense media scrutiny and the hiring of a former News Corporation tabloid editor to advise police on public relations” as a major reason for his resignation. The editor, Neil Wallis, was arrested in connection with the criminal investigation last week.

Rupert himself, at 80, should retire, and James Murdoch now has no credibility, argues Wolff. Somebody else should take the helm as soon as possible – “as long as his name is not Murdoch”.

Wolff also pointed to the “hypocrisy everywhere” over the saga: “Every week 2.7 million Britons read the salacious detail in the NOTW provided by phone hacking.”

A couple of days after the interview, Wolff reportedly claimed the Murdoch siblings were 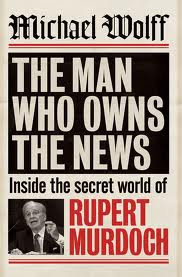 turning on each other, saying:

Last week Elisabeth denied she had said something similar about the ousted News International chief executive, Rebekah Brooks. But Wolff insisted on Twitter: "She said, 'James and Rebekah f***ed the company."'

Wolff said Elisabeth made the remark at a book launch for political analyst Philip Gould hosted by her husband, Matthew Freud, and the editor of the Times, James Harding.

Roy Greenslade, writing in The Guardian – the paper that exposed the phone hacking scandal and brought the empire to its knees, wrote:

Despite the decisiveness of his actions – most obviously closing the NOTW and withdrawing the BSkyB bid – a mute Murdoch no longer seemed to be master of his own fate. In a vacuum, journalists were bound to speculate, as he will have known. So the gossip swirled. And the most potent rumour was that he was about to dispose of News International itself. There was logic to the argument. If the NOTW was closed because it was toxic, then it followed that the whole division was toxic too.

Seen from the perspective of the US-based parent company, News Corporation, the Wapping outpost seemed both irrelevant and dangerous. Why not cut off the gangrenous limb to ensure the poison did not spread to News Corp's heart?

A weekend analysis by Associated Press writers Michael Liedtke and Ryan Nakashima related how the “tables have turned on Murdoch” . They wrote:

To his many enemies, Rupert Murdoch is getting his comeuppance. Murdoch's tabloid newspapers long have reveled in the misdeeds of others with salacious photos and pun-packed headlines. Now, one of the world's most powerful media executives is learning what it's like to be enveloped in his own scandal.

"There is a feeling that Murdoch has been king of the world for too long and it's about time that somebody brought him back to Earth," says Mungo MacCallum, a political journalist and commentator who once worked for a Murdoch-owned newspaper, The Australian.

But no one is calling press conferences to gloat about Murdoch's troubles. Even his bitterest media rivals are keeping quiet.