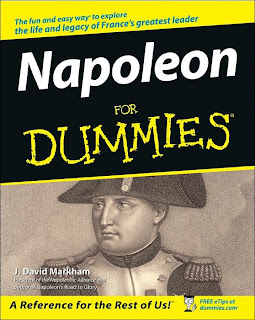 More from one of Café Pacific's Laucala correspondents who keeps a reality check on Fiji with a touch of satire ...

Fiji is funny. The coup is now generating humour and the past politicians are becoming hilarious. Eighteen months after the coup of December 2006 Laisenia Qarase, the former Prime Minister was kicked out of government, his government house and his government car. He has now realised that something is wrong and become so incensed that he filed a treason complaint with the police on the grounds that the December 6 coup was illegal.

Treason. Doesn’t the word make you cringe, go pale with fear at being hanged, drawn and quartered or at least exiled for life to the island of St Helena where you will view the house where Napoleon Bonaparte contemplated his glorious past, France, freedom and failure?

Qarase lodged his treason claims against a formidable group of people that include the Interim Prime Minister who led the coup, the Chief of Police who was an army officer and part of the coup. Oh, yeah, did I forget to tell you it was the coupmaster who made him Chief of Police.

But there are civilians on the alleged traitors list too. It includes the aged and dignified Catholic Archbishop Petero Mataca and the 45 members of The National Council for Building a Better Fiji (NCBBF). One name on the list is John Samy, the gentle spoken boss of the NCBBF Secretariat who has led the way writing the People’s Charter with its message of love thy neighbour.

Dear John also appeared on the front page of (The Fiji Sun, September 6) with his photograph and the headline "Coup was illegal: Samy". He denies saying that, but it brings a smile or scowl to the face, but which face or faces!

I’m not sure who all the 45 members of the NCBBF are but they include Mahendra Chaudhry, who must have got wind of the treason charge as he resigned from the council a few weeks ago and is now defending himself with a phalanx of political jargon. There are another 44 other people on that guilty council list. They include academics, traditional chiefs, business people, trade unionists, a woman from an NGO and a priest who has spent many years helping the poor.

Obviously this is a meddling priest. We all know that there only around half the nation live in poverty or damn near it. This priest says so little about the other half of the population. Now, there is prejudice for you, and as we learned from Qarase – treason!

Mick Beddoes, the former leader of the Opposition, is an interesting guy. Big in body, bold in voice and so convinced that he is right. He has now publicly supported the treasonous charge brought by Qarase and company against the army and those nasty NCBBF members.

But, wait, there is more. If you had watched the Fiji TV news on Monday, September 8, there was a news item saying that Mick, the man, has joined the NCBBF when it started. He attended the meeting, took the allocated allowances and then resigned. So Mick, the man must also want to be in court in the defendants’ box when the treason trial begins. Good man, that Mick is, he recognises the error of his ways, and is preparing to suffer the consequences. I don’t know if he is Catholic or Methodist or whatever, but on St Helena, I am sure the Archbishop will give Mick good Christian counselling.

This Mikado story took another turn today. A former Fiji police commissioner said in a serious voice, so we would not laugh, that it would be difficult for the present police commissioner to be impartial in his investigations of the Qarase accusations, when he is also mentioned in the complaint, as being implicated in the coup.

Let me end with Major Lewini, the government spokesperson who seems to be
always lost for words, but who can make up for it with scowls and a few mumbled key phrases. Today he inferred that Qarase and his team are having foul fun and no good would come out it. Other men make the humour, Lewini is the straight man. We do need a reality check in Fiji, or at least in Suva, where all this stage cavorting is going on.

Last Sunday on TV, the interviewer was conducting a serious discussion on proposed new rules for the next general election. He said to one of the participants who was talking about recreating part of the political past, that the boat has already left the wharf. A neat metaphor.

The way I see it, the boat left the wharf during December 2006 and it’s getting further away. It’s difficult to see when it’s going to return and when it does, will it hit the wharf with a great wallop and damage both the people and the goods on board?