Season's greetings to all Cafe Pacific readers!
Posted by café pacific at 5:12 PM No comments:

Joseph Laban, of the Philippine Center for Investigative Journalism, paints a bleak picture about media freedom in Timor-Leste. Although it might be better than in neighbouring Indonesia or the Philippines, it is still fairly tough as his SEAPA fellowship there has demonstrated. And not much seems to have changed since the NZ media mission there in June. As Joseph writes:
The Timor Post has staff members who have been in constant fear for their lives since last year, when two of them were attacked and left for dead right outside their rundown office. Then again, other journalists in this young nation have had similar experiences. Last August, another major newspaper had its office windows smashed while one of its employees was struck repeatedly with rocks and sticks and his motorcycle trashed after he acknowledged that he worked for the paper. Ideally, this should not be happening in the world’s youngest democracy, which at one point had also been called by then United Nations Secretary General Kofi Annan as "a child of the international community".
But as the media in other Southeast Asian nations have found out, keeping the press free is a constant battle that is fought daily – even in a supposed democracy. Just last week, for instance, about 50 journalists covering a coup attempt were handcuffed with plastic luggage fasteners and hauled off for questioning by Philippine authorities. As of June 2007, the Philippines has also seen some 90 media practitioners killed in the line of duty since democracy was restored in 1986, according to the National Union of Journalists of the Philippines (NUJP). Fifty-three of the killings, adds the NUJP, took place under the administration of President Gloria Macapagal-Arroyo.
Meanwhile, in Indonesia, 58 cases of violence against journalists were recorded between August 2006 to August 2007 by the Alliance of Independent Journalists. According to the body, "government apparatus" has become the new enemy of press freedom, since it is believed to have perpetrated 10 of the recorded assaults.
Perils of the press in East Timor - Joseph Laban
Posted by café pacific at 4:46 PM No comments: 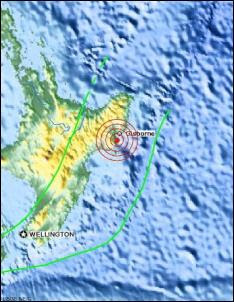 Posted by café pacific at 11:03 PM No comments:

RSF protests over lack of action over 'JPK' 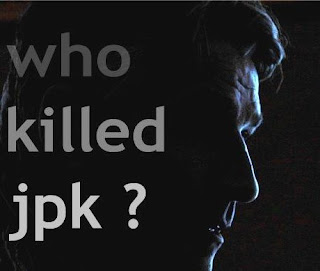 Reporters Sans Frontieres has called on the French government to renew efforts to find out what happened to Jean-Pascal Couraud ("JPK"), editor of the French Polynesia daily Les Nouvelles de Tahiti, who vanished 10 years ago on 15 December 1997. He was allegedly assassinated. RSF said:
Recent developments suggest the enquiry into his presumed death can now move forward. It is urgent, morally and legally, that all elements in the case are revealed. The French authorities must not provide an argument for those who think French Polynesia is a place where shady deals are done or the law can be flouted.
Along with JPK’s family and his support committee, we hope that investigations will be above board and that his journalistic work will
be considered a possible motive for his disappearance.

Couraud was looking into reported transfers of money to former French President Jacques Chirac to a Japanese bank account through one in
French Polynesia. The sensitive nature of this and JPK’s disappearance
make it even more imperative to discover the truth.
The civil parties in the case finally managed in September to
get a copy of the case-file which strengthened their belief that JPK
was murdered. The Papeete investigating magistrate agreed on 20
November to add to the case-file items seized at the home of Gen
Philippe Rondot in connection with the Clearstream corruption case and
Chirac’s Japanese bank account, and also to take Judge Philippe
Stelmach off the case.
The lawyer for the civil parties, Max Gatti, says the discovery on Gen Rondot’s computer hard-drive of two documents about a bank account of former French Polynesia President Gaston Flosse proves that the material JPK said he had was a threat.
JPK’s former lawyer, Jean-Dominique Des Arcis, said in May that the journalist had details of transfers of funds between a large French Polynesia firm and a Chirac bank account. The lawyer will get a court hearing on 17 December and the civil parties have been authorised to check whether a link can be made between this material and the lawsuit they filed in 2004 for "murder and accessory to murder".
The French TV station France Inter will show a report on 16 December (in its programme "Interception," from 09:00-10:00) by journalist Benoît Collombat about Couraud’s disappearance called Sharks in Murky Waters.

Posted by café pacific at 2:50 PM No comments: