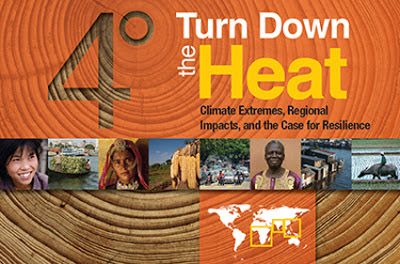 Read more »
Posted by café pacific at 3:23 PM No comments:

Turkey's ‘woman in red’, global protest and the Pacific media


An interview with David Robie on the Pacific at the Protest and Media conference in London. Video report by Sumy Sadurni

THE SO-CALLED “woman in red” became a reluctant icon of a people’s revolt in Turkey this month.

Ceyola Sungur, an academic at Istanbul’s Technical University, was projected into instant global fame because of media images of her being blasted at point blank-range with pepper spray by security police.

Dressed in a red summer dress, the unarmed and defenceless woman’s defiance in the face of state assaults on protesters demonstrating over plans to remove the city’s central Gezi Park adjoining Taksim Square to make way for mega property development has become an iconic symbol of resistance.

Violence against journalists has been mounting and Turkish police have arrested dozens in a series of nation-wide raids in the latest crackdown.

“There are a lot of people who were at the park and they were also tear-gassed,” the uncomfortable heroine told Turkey’s TV24. “There’s no difference between them and me.”

While the protests raged on amid concerns among many Turkish women that Prime Minister Recep Tayyip Erdogan plans a major roll back of women’s rights, Turkish issues were among the many being explored at an international “protest and media” conference in London, jointly organised by the University of Westminster’s Communication and Media Research Institute (CAMRI) and the British Journalism Review.

Read more »
Posted by café pacific at 6:11 PM No comments:

“Senator Carr’s comments are a clear acknowledgement that human rights abuses, killings and incarceration of political prisoners in the province of West Papua are escalating but rather than show leadership he has blamed people like me who are campaigning for an end to the
violence,” said Senator Di Natale

“It is patronising to the people of West Papua, who are not taking their cues from me but are actively engaged in a local movement for self-determination. It also makes me wonder what Minister Carr thinks about the many Australians who campaigned for an end to violence in East Timor or for Nelson Mandela to be freed from prison.

“Filep Karma is currently serving a 15 year prison sentence simply for flying the West Papuan Morning Star flag but according to Minister Carr, any foreigner who flies a flag as a way of highlighting this injustice is ‘planting in the minds of people who actually live in the place, the notion that this campaign has some sort of international resonance’.

Benjamin Fall and other French rugby players speak out.

NEW CALEDONIAN lock Sébastien Vahaamahina, 21, will play his fourth rugby test for France in the start of the the three-match series against the New Zealand All Blacks at Auckland's Eden Park on Saturday.

The Perpignan player toured Argentina last year but this is his first run-on test.

Coach Philippe Saint-André has also handed Perpignan wing Adrien Planté his first international start while on the other wing Maxime Médard returns to win his 33rd cap, almost four years to the day since scoring the winning try in Dunedin - the last time France beat the All Blacks in New Zealand.

Les Bleus will have a fresh faced half-back pairing as Racing Metro scrum-half Maxime Machenaud joins Lopez in the starting XV. Both are just 24.

Luc Ducalcon is at tighthead prop in the absence of stalwart Nicolas Mas, who is still recovering from injury.

Read more »
Posted by café pacific at 8:57 PM No comments:

By Michael Sergel (thanks to Pacific Media Watch)

SAMOAN Language Week celebrates the language and culture of the 1 in 20 New Zealanders who trace their ancestry to the islands of Samoa, at a time when there are more Samoan stories being told from Samoan perspectives than ever before.

But there are still many stories that go unreported, and the organisation set up to promote a Pacific presence in the New Zealand media faces an uncertain future.

The Pacific Islands Media Association (PIMA) was forced to reconsider its own viability at its annual general meeting in April, due to a lack of interest in committee positions and a low attendance from its 90 members.

Outgoing secretary Sandra Kailahi, one of the founders of PIMA, told the meeting that a new committee would have to step forward if the organisation was to continue to exist.

That interim committee has been formed, and chair Will 'Ilolahia has asked members to give PIMA “one more go” at being an effective Pacific representation in the media industry.

Read more »
Posted by café pacific at 6:31 PM No comments: