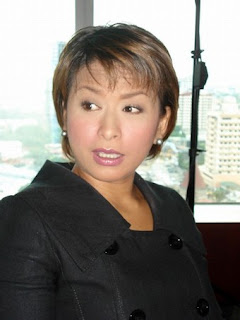 Coinciding with the AMIC media conference in Manila last month, the main Filipino television network ABS-CBN ran a gripping documentary about the abduction of one of the country's top journalists and her television crew by Abu Sayyaf guerillas in the southern region of Mindanao. Called Kidnap, it was mostly in Tagalog with a smattering of English but it should be mandatory viewing for any journos working in conflict zones. The Philippines remains one of the most dangerous countries for journalists. Cecilia "Ces" Drilon, a popular figure with Filipinos for her fearless reporting of rebel and guerilla showdowns, held the nation in suspense with her nine-day ordeal in June in which she and her two hostage camera crew and an academic guide were threatened with being beheaded. After being freed by their captors, Drilon admitted that “betrayal” led to their abduction in Sulu. In a press conference at a resort in Zamboanga City after being set free, Drilon said: “There was some betrayal involved kaya kami nakidnap (that’s why we were kidnapped).” She repeated these claims in a tearful interview in the Kidnap programme without indentifying who betrayed them. While thankful that the captives were freed after the payment of a ransom by the family, one of the ABS-CBN news excecutives, Maria Resson, praised the crew's courage but admitted that the TV channel had suspended Drilon because the crew had defied company protocols in dealing with rebels.
In Kidnap, Drilon also admitted that she expected "somebody's head to be chopped off" and she was prepared to die. Her colleagues said they go would go with her again on any assignment, anywhere.
The documentary also aired secret footage of the captors by cameraman Jimmy Encarnacion. Assistant cameraman/driver Angelo Valderama was released earlier. The peace advocate-guide was Professor Octavio Dinampo. The footage was used to identify at least two of the teenaged captors who have subsequently being arrested. Indanan mayor Alvarez Isnaji, from the Moro National Liberation Front (MNLF), and his son have also been arrested and accused over the kidnapping.
Meanwhile, the Philippines state has created the Autonomous Region in Muslim Mindanao after six years of dialogue in an attempt to bring lasting peace to the island of Mindanao.