IN RECENT weeks, the Fiji blogosphere has run hot over attempts by the ousted former head of journalism of the University of the South Pacific, Dr Marc Edge, a self-styled “counterpropagandist”, to portray himself as some kind of martyr for the Fiji media freedom cause. His claims peaked with an allegation that he “feared my safety was in jeopardy” in a curiously lop-sided Radio Australia interview with journalist Bruce Hill.

However, Café Pacific today exposes another side of the story. It had been an open secret for months at USP and in media education circles around the Pacific that Dr Edge was on the way out after the shortest tenure ever of any expatriate journalism coordinator – barely serving half of a three-year contract. He was dumped after sustained and embarrassing complaints by students, colleagues and media academics in at least two other Pacific Islands Forum countries. The situation had become untenable for the Canadian lecturer as he was perceived to be “waging war” on his students. Initially, he was “relieved”  of his position as acting head of journalism with a humiliating public statement by USP management on November 14  and then he was gone from the faculty staff by Christmas.

But there was no inkling of any of this in Bruce Hill’s Radio Australia interview on January 25. (Although Hill did ask Edge whether he had been dismissed or resigned and got a "cannot comment" reply). Nor did Hill put the obvious question to Edge about why he had used the Fiji Media Tribunal mechanism to file a controversial complaint against a local media organisation that he had been accusing of practising “self-censorship”  – conveniently using the very Media Industry Development Decree  he had been condemning for months. Edge blamed his demise at USP solely on the military-backed regime and Qorvis Communications, a US-based media spin company contracted to the Suva government, and ignored the journalism programme wreckage - his legacy:

It was pretty obvious to everybody who was following what happened that I was the subject of the government smear campaign through the propaganda arm, Qorvis Communications.

It became apparent after I started my blog that they weren’t very happy with some of the media analysis that I had up on Fiji Media Wars. And I received some complaints, some requests to take down a particular entry about Corbis Communications, which I did under protest. [Later reposted after he left Fiji.]

And the government subsequently complained about … a joke I told at an event [the USP journalism awards] and also a funny email that I forwarded to my students. So it got a bit ridiculous there …

On his own blog, just a month earlier on December 26, Edge claimed he had been “hounded out of Fiji”. Asking rhetorically: “Did I jump, or was I pushed?," he answered:


“Let’s say it was a little bit of both. I was certainly pushed. To the Edge, you might say. In the end, I decided it would be better to make an orderly exit from Fiji than to be bundled off kicking and screaming under a deportation order.”


“Unfortunately, this blog made things a little bit too hot for me with the country’s military dictatorship.”

Intervention by the regime, or not, Marc Edge was already teetering after stumbling from one internal crisis to the next at USP. He already had a long track record of tension within the journalism programme and many complaints from students, both formal and informal - particularly some of the senior team who recently won a best student newspaper double award for their publication Wansolwara at the Journalism Education Association of Australia (JEAA) awards in Melbourne. Many of their gripes about alleged “bullying” and “bizarre” behaviour were posted on social media sites.

Visiting media academics at a Media and Democracy in the South Pacific conference hosted by USP last September also encountered tensions simmering below the surface that boiled over at least twice in the plenary sessions. Critics say there was a widespread view that Dr Edge had lost the confidence of many of his students and staff and was “self-destructing”, as some put it. An internal inquiry was launched.

Café Pacific understands that the general view among many academic and allied staff included criticisms such as:
Marc Edge insists Fiji media research will remain an “interest of mine wherever I wind up teaching next - and I have ideas for several journal articles, not to mention the promised book, which will be titled Fiji Media Wars: The Story of a Blog”. But Café Pacific suggests USP’s recent Media Freedom video will probably be more useful – and far more credible. 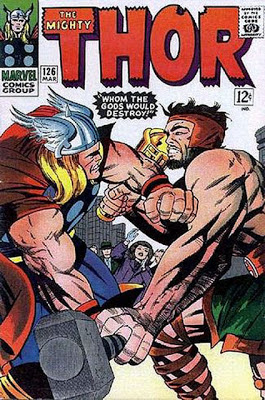 this reads like a passionate intrigue to someone who is current on Pacific current affairs but less experienced with the so-called media wars (myself); it sounds like a very territorial demonstration among Pacific-born/Pacific naturalised/Pacific Islanders and expatriates in the Pacific invested in the media?