The lies of Marc Edge, 'counterpropagandist' 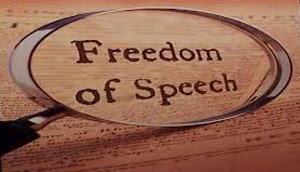 BENJAMIN FRANKLIN once said that “half a truth is often a great lie”, but in the past few weeks the blog Fiji Media Wars has been treating readers to a steady smear campaign. Café Pacific publishes here a statement by journalist and media educator David Robie:

Canadian Marc Edge projects himself as a dispassionate scholar. In fact, he is a polemicist and “counterpropagandist” – as he admits proudly on his website – who has regularly used his position at a Pacific university over the past year and since to peddle self-serving disinformation. For those who wondered why I was departing from the usual editorial line of Café Pacific to make a rare personal public condemnation with my “Vendetta journalism” article last Wednesday, the answer is quite simple: To make the truth known.
When I heard Dr Marc Edge’s distortions on his Radio Australia interview late last month blaming Fiji’s military backed regime as the sole cause of his demise at the University of the South Pacific, I decided I could no longer remain silent. In my capacity as a regional journalism educator and journalist, I had the misfortune to cross paths with Marc Edge several times and over varied projects over several months at his university last year. I quickly learned he had his own personal agenda and little of it was to do with the truth or journalism education. In fact, I am now convinced that he never had the welfare of students or the USP journalism programme at heart. He merely wanted to use USP as a pawn in gathering fodder for his proposed “Fiji Media Wars” blog book to trash Fiji and portray himself as a media freedom “hero”. It backfired.

After his misrepresentations and lies in the wake of his disastrous Media and Democracy in the South Pacific conference that he organised last September, I decided to break off any connection with him. Due to his insecurities, his paranoid modus operandi is to run smear attacks against anybody he perceives as an enemy or as competition.  Eleven of the last 12 postings (as at January 31) on his blog Fiji Media Wars have been devoted to personal attacks on individuals.

I was particularly disturbed by his repeated misrepresentations of my own views relating to global comparative journalism strategies, such as critical development journalism, deliberative journalism and peace journalism. It is my task with one of the courses I teach at AUT's School of Communication Studies to research and explore comparative journalism models. Clearly, Marc Edge is not even familiar with the literature, let alone to even engage with me on the same page.

He has made false claims about my views and yet never had a professional or theoretical discussion or debate with me. Such a closed mind is dangerous for a university, which should be about ideas and innovation.

For somebody who threatens others with legal action, he is astonishingly reckless with failing to establish facts. Among the many defamatory lies and distortions he has served up about me in his Fiji Media Wars blog in the past few days are:

FACT: Marc Edge had been harassing me and some of my students for weeks (including one who had lodged a formal complaint with USP) before he was dumped, even falsely accusing me of waging a "vendetta” against him. (We are talking about mature-aged and experienced postgraduate students here with an independent mind of their own).

... David has now enlisted his students in his apparent vendetta against me. [Pacific Media Watch editor] Alex [Perrottet] and Rukhsana Aslam both had full-page op-ed articles that were critical of me [Dr Edge] published in the Fiji Sun ... [Extract from a paranoid letter sent to AUT, Oct 5, 2012]

2.    "Make no mistake, Robie is the third leg of the Fiji regime's propaganda stool that is more publicly presented by bloggers [Graham] Davis and [retired USP professor] Crosbie Walsh.

FACT: I have always been an independent journalist and media educator and my mission includes to “balance” the propaganda and disinformation of media people like Marc Edge, who is new to the Pacific, naive and acts if he is an instant expert.

3.    Robie's support for the repression the military dictatorship has inflicted on the country's news media is longstanding and central to justifying the current regime's tight control.

FACT: I have been an opponent and critic of Fiji coups and military dictatorship since 1987 – more than two decades before Edge even set foot in Fiji – and my book Blood on their Banner: Nationalist Struggles in the South Pacific was a denunciation of both military repression and ethno-nationalism in Fiji. Unlike Edge, as well as reporting on the earlier coups, I lived in Fiji for five years and experienced the 2000 George Speight coup and political aftermath as an educator at first hand. Also my 2004 book Mekim Nius: South Pacific media, politics and education condemned political interference in education and defended academic freedom.

4.    In fact, his 2001 "Coup coup land" theory was the very justification for the draconian 2010 Media Decree that provides fines and even prison sentences for journalists.

FACT: This article in Asia Pacific Media Educator was not a “theory”, it was a widely referenced and cited peer-reviewed preliminary exploratory paper about the George Speight coup and media coverage. It has led to many independent serious academic studies at different universities since then that have borne out my findings. In addition, I was among some 26 individuals and organisations that provided submissions to the independent and self-regulatory Fiji Media Council Review in 2009. Nevertheless, the regime ignored the constructive Review recommendations and imposed its own repressive law. I have never had anything to do with the draconian decree but I have written many papers condemning and critiquing it. The Pacific Media Watch project that I was co-founder of in 1996 has been dedicated to media freedom in Fiji and the region.

5.    "Robie has been pushing government-friendly alternatives to press freedom in Fiji and elsewhere in the South Pacific, namely "development" journalism, which sees media working in partnership with government to encourage development, and "peace" journalism, which envisions media proactively proposing solutions to conflict in society rather than merely reporting events neutrally.

FACT: As part of my “comparative journalism studies” course, I have explored varying models of journalism and none of them are “government friendly alternatives”. There are several different notions of “development journalism” and Marc Edge seems to have no familiarity with this complexity – he constantly trots out a discredited Western-defined version. I do not, and have never, advocated “working in partnership” with governments, except for collaboration in defined issues such as climate change, and only in a democratic framework devoid of censorship or media persecution. Instead, I have argued for critical development journalism (a style of robust investigative journalism seeking solutions) and deliberative journalism (a more democratic form of journalism). A quick excerpt from this fullpage article of mine in The Fiji Times on September 13:

Development journalism in a nutshell is about going beyond the “who, what, when, where” of basic inverted pyramid journalism; it is usually more concerned with the “how, why” and “what now” questions addressed by journalists. Some simply describe it as “good journalism” with greater context.

Read the fuller version of the article here. An academic article is in publication.

The notion of peace journalism is actually a very positive approach, especially in countries where social and ethnic conflict has been long-standing and is a form of journalism that addresses the root cause of the problems, not just a surface compromise. Leading global journalists and academics advocating this approach include Associate Professor Jake Lynch, director of Sydney University's Centre for Peace Studies, who was a keynote speaker at a conference at USP about the strategy.

None of these notions are necessarily substitutes for “watchdog” journalism holding powerful institutions to account, they are additional tools well-suited to the complexities of the times and communities we live in. And media corporations and companies are themselves among these “powerful institutions” that need to be held to account. However, the failures of watchdog journalism itself and media credibility are under serious scrutiny as part of the global journalism crisis – the News of the World phone-hacking scandal backlash is an example of this.

Part of the problem in Fiji is that there is little “neutral” journalism in the country. Six years of censorship and self-censorship have seen to that. But much of the reporting about Fiji in Australia and NZ is also biased. It often takes independent external media organisations such as Al Jazeera to provide a better balance.

FACT: The Pacific Media Centre is an independent research, publication and media resource centre at AUT University and governed by an advisory board and is part of the Communication Studies school. It does not have any political line, but seeks to publish a wider range of articles about Asia-Pacific media and socio-political issues than is usually available in New Zealand-based media. Marc Edge has never visited the PMC, or even this university for that matter, and his ignorance about PMC is astounding for an academic.

The objectives of the PMC can be viewed here in this 5min video on YouTube. The PMC’s mission is also on public record here.

Ironically, while Marc Edge falsely accuses me of support for the Fiji regime's media policy and repression it is actually he who is “collaborating” with the Media Decree; he currently has a complaint against a Fiji media organisation before the Media Tribunal – using the very instruments of media persecution imposed by the regime. Hypocrisy in other words.

In the words of one of Marc Edge’s former students, one of the many victimised during his USP “dictatorship” era, Magalie Tingal, from Radio Djiido in New Caledonia, it is time for him to move on and get a “get a real job” and let us in the Pacific get on with ours in peace.

David Robie is author of Mekim Nius: South Pacific media, politics and education (USP Book Centre, 2004) and was the head of journalism at the Universities of Papua New Guinea and the South Pacific (Fiji) for a decade.

Great to see PMC building on coverage of the global journalism crisis.

GLOBAL: Journalism in crisis - a deeper look at the survival of a profession