Dodging censorship to see The Act Of Killing

DRAFTHOUSE FILMS have announced their award-winning controversial, shocking and surreal film The Act Of Killing about the Indonesian anti-communist massacres in the 1965-66 purge - screened at the New Zealand International Film Festival last year - is now available on video on demand.

Winner of more than 50 awards internationally, appearing on more than 40 official critics' top ten lists, and shortlisted for best documentary at this year's upcoming Academy Awards, Joshua Oppenheimer's groundbreaking documentary The Act Of Killing is finally available to watch everywhere.

In this chilling and inventive documentary, executive produced by Errol Morris and Werner Herzog, the unrepentant former members of Indonesian death squads are challenged to re-enact some of their many murders in the style of the American movies they love. 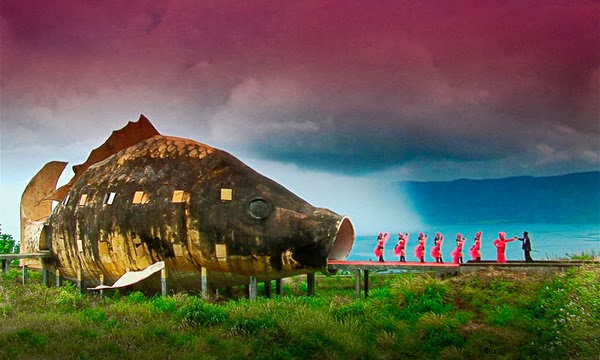 Stream and download it right here. [Although this link says it isn't available in New Zealand].

Get it on iTunes, Amazon Instant Video, Google Play, or your preferred Video OnDemand provider.


"We recently partnered with file sharing titans BitTorrent to release a free bundle of exclusive content for The Act Of Killing.

"Go behind the scenes with Director Joshua Oppenheimer and executive producers Werner Herzog and Errol Morris. The BitTorrent Bundle features, video interviews, essays and stills from the filmmakers.

"It also features notes from the front lines: the impact of the film on Indonesia, as documented by TEMPO Magazine.

"The Act Of Killing has an important message. Our goal is to reach as many people as possible – to preserve this film as a documentary, and as a testament to what happened in Indonesia. BitTorrent Bundle allows us to address a global audience of more than 170 million: to ensure that awareness of the film’s message reaches beyond the internet’s censors and firewalls."