A Kanaky tale of mining skulduggery and environmental courage

AN EXTRAORDINARY story of mining skulduggery and a courageous struggle by indigenous Kanak environmental campaigners has been captured in a poignant new documentary, Cap Bocage – described by the filmmaker as a tale of “when a mountain fell into the sea”.

The culprit in this case is Ballande, one of the oldest nickel mining companies in New Caledonia with a record of three decades laying waste a coastal environment in north-east Grande Terre.

The documentary, made by director Jim Marbook, filmmaker and also a television and screen production lecturer in AUT University’s School of Communication Studies, is an astute piece of cinematography.

Made over a period of seven years, it patiently peels away all the complexities and subtleties of the environmental struggle against a hard-nosed mining company that employs most of the people in the remote Kanak community.

It also tells the story of articulate and charismatic campaigner Florent Eurisouké – who visited Auckland for the global premiere at this week’s New Zealand International Film Festival – and his environmental organisation Mèè Rhaari take on Ballande through boycotts and finally the lawcourts.


The film also shows the community divisions and the heavy price Florent and his family and other campaigners have had to pay for their struggle against Ballande and other miners.

Established in 1838, the Noumea-based Ballande Group has been a key company in the development of New Caledonia and in Pacific trading – including a New Zealand presence in Auckland.

This documentary will be a case study for years to come for other environmentalists tackling extractive industries across the Pacific, especially in Melanesia. Pacific Media Watch editor Anna Majavu, who attended the premiere and Eurisouké’s heard impassioned public plea for New Zealand and the world to take notice of indigenous communities struggling to protect their ancestral lands – and the globe – from disaster, reports:


After the [Ballande mine] mudslide of 2008, Eurisouké was elected by his community to lobby to get Ballande to repair the damage it had caused.

Independent French scientists speaking to Marbrook in the documentary say that the toxic mud should have been cleaned up right away.

According to Eurisouké, the company first agreed to work with the community but then dragged its heels, forcing the community to blockade the mine until it cleaned up the reef. The film shows independent marine ecology and mining experts being initially thwarted by Ballande, which was allegedly reluctant to spend much money on the clean-up operation, instead proposing to dig away the toxic mud with their own machinery and building a coastline road.

Eventually, Ballande approached the courts to stop the community from blockading the mine. But the courts instead appointed an expert to investigate the mudslide and upheld the validity of Ballande's original agreement with the community to clean up the toxic mess.

While the Kanak tribu made some gains, the issue is still not fully resolved and there are major questions for the future of New Caledonia as it looks to possible independence and its heavy economic dependence on the nickel industry. 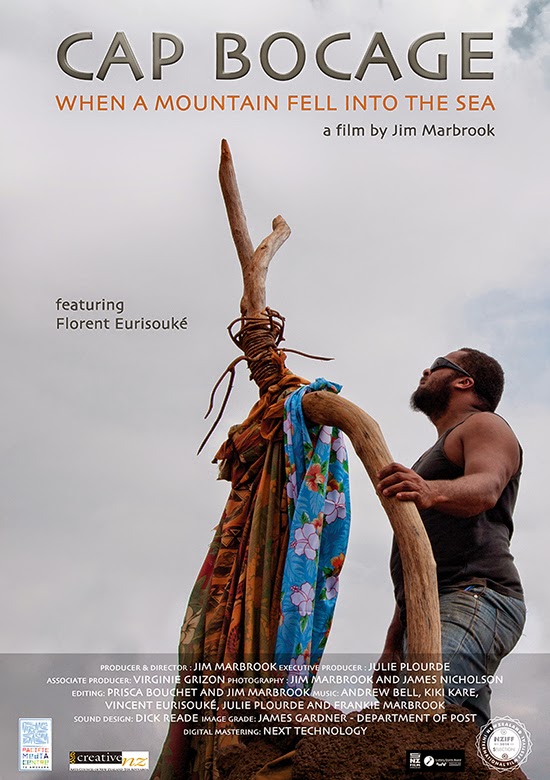