THE Auckland launch of Bonnie Etherington’s thrilling debut novel, The Earth Cries Out, on grief, repression and life in another world -- the Highlands of West Papua -- this week was intriguing.

Along with the usual literati at events like this, were the human rights activists with “Free West Papua” emblazoned on their chests and the media freedom advocates intent on exposing the constant gags imposed on the West Papuans by the Indonesian military killing machine in defiance of an empty “open door” policy proclaimed by President Joko “Jokowi” Widodo in 2015.

The “Free West Papua” movement, fuelled by inspired and continuous social media exposes and debate, has been growing exponentially in recent years.

But you wouldn’t know that if you merely relied on the parochial New Zealand media, which doesn’t seem to have woken up to the human rights catastrophe happening on its Pacific doorstep. (Instead, global news services such as Al Jazeera English, or local services such as Asia Pacific Report and Radio NZ International are having to do the job for them).

Speaking at the Women’s Bookshop in deepest Ponsonby – a world away from the mountain jungle near Wamena in West Papua, Nelson-born Etherington gave three readings from her book, which she says is aimed at a more nuanced understanding of West Papua, one of them a chilling rendition of the fate of a woman accused and slain as an alleged “witch”. 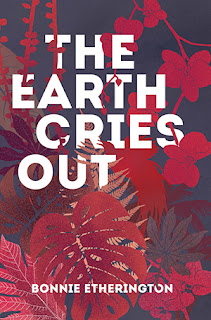 This reading was terribly evocative for me with having lived in Papua New Guinea for five years and and where there have been devastating portrayals of the tragic killings of women for so-called “sorcery”, such as Vlad Sokhin’s Crying Meri.

But instead here is another of Etherington’s readings from the orchid-and-fernleaf-adorned book that she offered:


One day we were in a dream world, where Julia was dead and the space where she once was became large and silent, and then we were in another country altogether – where stories and voices made their way into our house any way they could. They heaved under the floorboards, whispered in the windows. Creaked in the attic like a python grown too big on rats. And I collected them all to fill that silence Julia left.

Yes, Southern Cross is back. I kicked it off last Monday and Kendall will be fronting this over the next few weeks.

Listen on Mondays at 95bfm or catch it on podcasts at the PMC’s Soundcloud channel.