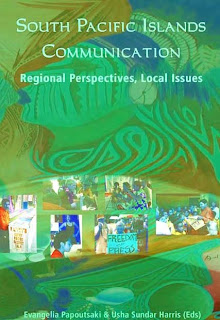 While UNESCO has condemned the murder of Filipino journalist Robert Sison and called on Philippines authorities to protect media workers, more than 500 people from Asia and the Pacific have gathered in Manila for a major regional media conference. UNESCO director-general Kochiro Matsuura said the targeting of journalists was an 'intolerable violation' of freedom of expression. Sison, 60, was the second journalist killed in the Philippines this year and the 56th since 2001. Meanwhile, the vice-president and a former president of the Philippines have been keynote speakers at this 17th Asian Media, Information and Communication Centre (AMIC) conference at the historic Manila Hotel. Vice-President Noli "Kanayan" De Castro, once a broadcaster himself, urged the media to remind people, governments and institutions that compassion and generosity are needed to fight the forces of poverty and injustice. The media needs to keep shaking governments out of their complacency. Former President Fidel Ramos appealed to communication students and journalists, calling for "sharing, caring and daring" from the media in dealing with the Millenium Development Goals. A new Pacific media book, South Pacific Island Communications: Regional Perspectives, Local Issues, co-published by AMIC, AUT University's Pacific Media Centre and the University of the South Pacific, was one of six publications launched at the conference. An interesting chapter by Robert Iroga, former editor of the Solomon Star, with some interesting insights when you work at a newspaper with threatening gunmen in your face.
On Wednesday, Sarah Baker and Jeanie Benson presented a stimulating paper, "The suitcase, the samurai and the pumpkin," about Asian crime and how it is framed by NZ media.