Hypocrisy over Fiji while East Timor atrocities are ignored

THE HYPOCRISY reeks. While Australia, NZ and the media went through the usual bleating about Fiji human rights violations, they remained silent about the ongoing struggle to gain justice for those Timorese who have suffered horrendous human rights violations for more than four decades. Alleged human rights violations in Fiji are a soft target - the tough target, the top Indonesian military commanders who have blood on their hands for their colonial adventure in East Timor, remain free with inpunity. Timor-Leste's Truth Commission appeals for an international tribunal and a "commission for disappeared persons" still remain an unlikely dream.

In spite of this climate of international indifference and a "bury the hatchet" approach of appeasement by the current Timorese leadership towards Jakarta, the release from jail of the notorious militia leader Martenus Bere has shocked many human rights advocacy groups. Calls have been made for the indictment of those in government who were responsible for his extra-judicial release and the buck apparently rests with the Prime Minister Xanana Gusmão.

The recent release of the Bob Connolly feature film Balibo, about the murders of the Balibo Five - Australian-based newsmen murdered in the border township of Balibo in 1975, has fuelled calls for justice. A sixth journalist, Paul East, who went to East Timor to investigate the killings was himself executed by the invading Indonesian forces.

According to ETAN, in February 2003, the United Nations-backed Serious Crimes Unit indicted Martenus Bere and other members of the pro-Jakarta Laksaur militia for crimes against humanity including murder, rape, torture, enforced disappearances and more. Bere and other Laksaur militia and Indonesian military officers were accused of carrying out the Suai Church massacre on 6 September 1999, killing more than 30 unarmed people and three priests, including Indonesian priest Dewanto.

Bere was arrested in Suai early last month by the Timor-Leste National Police. Until then, he and more than 300 others indicted by the Serious Crimes Unit had lived openly in Indonesia, which has refused to cooperate with any international justice mechanism related to crimes committed in Timor-Leste. An East Timorese judge ordered him held for trial. 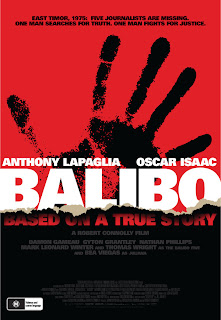 However, on August 30 he was released into the custody of the Indonesian ambassador on orders of Gusmão and Justice Minister Lucia Lobato. Bere is believed to still be in Timor-Leste. This is a joint protest statement issued by 11 Indonesian and Timorese human rights groups:

CALL FOR JUSTICE ON EAST TIMOR PAST MASS ATROCITIES

For the past ten years the disinterest of the international community and active efforts by Indonesia have blocked efforts to end impunity for serious crimes committed during the Indonesian occupation of Timor-Leste. Ignoring the pleas of the East Timorese people, the Timor-Leste leadership continues to dismiss their calls for justice and an end to impunity.

We were deeply distressed by the 30 August speech of Timor-Leste President José Ramos-Horta and the actions of the governments of Indonesia and Timor-Leste which led to the release of indicted militia leader Martenus Bere. His extra-judicial release violated international law and treaties and undermined the rule of law and the Constitution of Timor-Leste.

We firmly disagree with President Ramos-Horta that the pursuit of justice is “simplistic".

We disagree that it is necessary to try everyone who committed crimes between 1974 and 1999, or to try no one. Those who gave the orders must be held accountable before a credible court. We believe the pursuit of justice and accountability for crimes against humanity and war crimes committed during the occupation of Timor-Leste will build democracy and respect for the rule of law in both countries and reconciliation between the two nations. Until there is justice, neither country can “put the past behind.” We add our voices to those in Timor-Leste and elsewhere calling for an International Tribunal for Timor-Leste.

We recognise that victims of human rights violations in Indonesia and Timor-Leste have much in common, including a desire to see those most responsible for their suffering brought to justice. We fully support the conclusions of the recently completed victims’ congress in Dili and
will work on joint campaigns against impunity and for reparations.
Jakarta, 12 September 2009

During President Ramos-Horta’s speech at the commemoration of the August 30 referendum, he said: “Let’s put the past behind. There will be no International Tribunal.” Inexplicably, he
continued that “I beg to disagree with their simplistic assertion that the absence of prosecutorial justice fosters impunity and violence.” He also said “We will not replace the Indonesians in their own fight for democracy, human rights and justice.”

Last week, President Horta took the unusual step of awarding a Timorese journalist and his newspaper a medal for "courageous journalism" following a recent similar award to Australia's SBS for its contribution to diversity broadcasting. Horta decorated José Belo and Tempo Semanal, which ironically have been a thorn in the side of the current Timorese government with persistent allegations of corruption. They are currently being sued for defamation by the Justice Minister.

Café Pacific congratulates José Belo and his team for their contribution to a free press in Timor-Leste.
Posted by café pacific at 12:23 AM