Hepi Krismas - and political fallout from the Moti affair 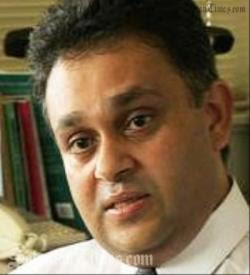 AS Café Pacific has been on "vacation" - a rare event - over these past few weeks, many significant happenings have passed without comment from this blog. Issues such as the unravelling of the Indonesian "case" over the Balibo Five murders in the wake of new pressures from the film Balibo, developments over the embryonic Fiji media decree and the views of the detractors and the more critically reflective and the killing of OPM leader Kelly Kwalik in West Papua have passed without a murmur by Café Pacific.

However, a delightful Christmas present has come Julian Moti's way with the throwing out in a Brisbane court of those trumped up charges against the former Solomon Islands Attorney-General. Many in the Pacific were deeply concerned about how once again Australian diplomatic and "legal" bullying was being used to impose a political outcome on a compliant state in the region. This issue was often seen to have more to do with regime change in the Solomon Islands than any genuine pursuit of justice. (See past Café Pacific items on Motigate.) A backgrounder just posted on the World Socialist Website:

By Patrick O’Connor and Linda Levin

Last week’s Queensland Supreme Court decision to throw out the prosecution of former Solomon Islands’ Attorney General Julian Moti on trumped up child sex charges is a major blow to the Australian government, its federal police and public prosecutors. The vicious five-year vendetta has cast light on Canberra’s filthy neo-colonial operations in the South Pacific, as well as the complicity of the entire political and media establishment—ranged across the official political spectrum, from the openly right wing to the ex-radical “left”.

The charges originated in an attempted blackmail against Moti, a constitutional lawyer and Australian citizen, in Vanuatu in 1997-98. They were dismissed by a Vanuatu magistrate as “unjust and oppressive”, a decision the prosecutors chose not to appeal. The allegations were
resuscitated in 2004, not by the alleged “victim” but by Patrick Cole, the Australian High Commissioner to the Solomon Islands. They became the means through which the Australian government sought to remove Moti from the Pacific, and permanently destroy his personal reputation and professional standing, for the sole reason that he was perceived as a
threat to Australia’s economic and strategic interests.

Not accidentally, Moti’s victimisation coincided with a shift in Canberra’s foreign policy in the Pacific. Washington utilised the September 11 terror attacks as the pretext for invading Afghanistan and Iraq—thus pursuing a long-held ambition to reorganise the Middle East under conditions where its post-World War II domination was being challenged by rivals, particularly in Europe and Asia. In similar manner, the Australian ruling elite sought to revive its neo-colonial operations in the South Pacific—a region long regarded as Canberra’s
“sphere of influence”—to shore up its position in the face of mounting rivalries.

Within months of the US-led attack on Iraq, the Australian government dispatched troops and police to the Solomon Islands in July 2003. Involved was the effective takeover by Australian military and civilian officials of the impoverished country’s state apparatus, including its
finance department and central bank, judiciary, police, prisons, public service, and other central institutions. The so-called Regional Assistance Mission to Solomon Islands (RAMSI) was conceived as a model for potential interventions into other Pacific states, most notably the resource-rich former Australian colony of Papua New Guinea. Moti was a well-known opponent of this agenda. A prominent lawyer, he had worked in several Pacific countries, and had connections with Melanesian nationalist politicians, whose aim was to promote small agricultural producers rather than international investors and who were not averse to cultivating ties with Asian powers as a counterbalance to Canberra’s role in the region.

In late 2004 Moti was touted as a possible Solomons’ attorney-general, and in 2006 the government of Prime Minister Manasseh Sogavare appointed him to that position. The case in the Queensland Supreme Court from mid-September until earlier this month saw the disclosure of damning classified memos, emails, and other internal Australian Federal Police, Australian High Commission, and Department of Foreign Affairs and Trade documents that provided a rare glimpse into Canberra’s modus operandi throughout the South Pacific. While the witch hunt began much earlier, by 2006 senior Australian politicians, police chiefs, and diplomatic officials were publicly slandering Moti and demanding his expulsion from the Solomons. Meanwhile, other officials and police were working behind the scenes to ensure his return to Australia. The
operation culminated in Moti’s unlawful deportation from the Solomons in December 2007, following the ousting of the Sogavare government after a protracted regime change campaign by Canberra.

Justice Debra Mullins’ decision to award Moti’s permanent stay application, while at the same time whitewashing the Australian government’s role, was highly political. By choosing the most limited and narrowly focussed grounds on which to throw the charges out, the court’s judgment amounted to political damage control. The judge’s argument was entirely spurious; it centred on the assertion that there was no political motivation behind the case and that Moti’s expulsion
from the Solomons was a decision made by that country’s “sovereign” government alone, independent of any Australian pressure. The evidence established the contrary, namely that the 2007 deportation was instigated and facilitated by Canberra with the assistance of its newly
installed satrap in Honiara.

The judge made no attempt to answer the obvious question: why, if there were no political motivation, did Australian police and authorities act as they did? While ruling that the unprecedented witness payments made by the AFP, totalling around $150,000, represented an “affront to the public conscience” and thus deciding to stay the prosecution on that basis, she failed to address the reason behind the payments to the witnesses, without whom the prosecution case would have had no chance of succeeding. To even raise these issues would begin to lift the lid on the role of Australian imperialism in the Solomons, something regarded in official circles as politically taboo.

Throughout the sordid saga, the media functioned as the fifth wheel of the government’s vendetta, sensationalising every lurid sexual assault allegation and then effectively censoring the Supreme Court hearings. As the damning evidence mounted and the Australian government’s operations began to come to light, an effective media boycott was imposed. Few Australians had any idea the case was even underway.

The handful of critical voices after Moti’s arrest in late 2006 quickly fell silent once the Labor Party took office in November 2007. Consistent with Labor’s unconditional support for the former Howard government’s stance, the new government of Prime Minister Kevin Rudd consummated the operation, overseeing Moti’s unlawful return and arrest in Australia and authorising his prosecution.

The most revealing response came from the so-called “lefts”. Since Labor’s election, not one of the various petty-bourgeois protest organisations, or any of their publications, has uttered a single word on the Moti frame-up or its collapse. While these outfits will, from time to time, denounce the crimes of US imperialism, Britain, Israel, etc., when it comes to the imperialist depredations of their “own” bourgeoisie it is quite another matter. This is especially so under
Labor. After all, the entire ex-radical fraternity worked to get the Rudd government elected on the basis that it was a “lesser evil” to the coalition. The reaction of these groups to the Moti case is yet another expression of their class hostility to the fight for the political independence of the working class from Labor and its nationalist, pro-imperialist agenda.

The role played from the outset by the World Socialist Web Site in the detailed exposure of the Moti witch hunt flowed from our internationalist principles and perspective. Developing an understanding of the role of Australian imperialism throughout the Asia-Pacific region is a vital precondition for the development of a mass revolutionary socialist movement of the Australian working class, and for unifying the working class and oppressed masses throughout the
region—and the world—in a common struggle against imperialism. The bourgeoisie’s exploitation of the region’s resources, wealth, and labour power has been underway for more than a century, even before the federated nation-state of Australia was founded in 1901.

The Moti affair constitutes a devastating exposure of the machinations of successive Liberal and Labor governments in the Solomons, and of the entire RAMSI operation. Despite the best efforts of the Australian political and media establishment, the collapse of the prosecution’s case stands as a damning indictment of Australian neo-colonialism. It is yet another sign that, amid growing hostility in the Pacific towards Australia’s military-police operations, the humanitarian pretexts for the post-2001 turn to militarism and repression are beginning to unravel.

Took you long enough to even squeak about the Moti case.

Playing it safe, till after the official, yet farcical judgment.

No comment on the media's collusion on this story David?

Also note how many media agencies had failed to investigate, like you.

You might at least check the blog and get your facts right:

2. Cafe Pacific has carried several items on Motigate - and the media role! Check them out here:
http://cafepacific.blogspot.com/search/label/motigate