Human rights or corruption? Trotting out the real Fiji issues 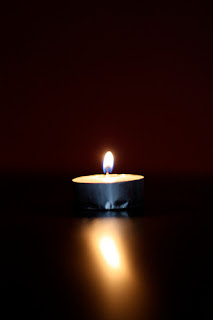 ALL THE tired old clichés came out in droves in last week’s United Nations monologue on the Fiji regime’s tatty human rights record. Headlines fell over themselves echoing the same refrain:

Yet most of the litany of abuses rattled off by various governments and NGOs before the UN Human Rights Council periodic review were actually perpetrated in the months after Bainimarama’s original coup and yet they were often trotted out as if they were fresh. The breathless media blogs and journalists who continually recycle the same old sins rarely provide background or context – and even rarer is a mention of the systematic human rights and race-based violations by the ousted “democratic” regime of Laisenia Qarase.

Now, according to Fiji’s public broadcaster, the regime is wading through 116 recommendations to see how it can make things better. (Aligned against Australia, NZ, UK and the US - the Anglo-Saxon club - were countries such as China, Mexico, Philippines and Russia, which were prepared to give Fiji a fair go).

Following the saturation coverage of alleged Fiji human rights abuses in media in Downunder media, Café Pacific reckons journalists ought to see the film Balibo to get a sense of real human rights violations in this part of the world – in East Timor, where the Australian and New Zealand governments meekly brushed these Indonesian crimes on their doorstep under the carpet. Much easier to bully Fiji than Indonesia.

According to many seasoned local journalists, much of the Australian and NZ press simply fail to acknowledge the complexity of Fiji’s socio-political context. And nothing is said positively about the regime perhaps having actually achieved something in reducing race-based human rights violations. Says one former leading Fiji editor in an email to Café Pacific:

Fiji is not a homogeneous country. It is a unique country where we have two major races who each comprise about roughly half of the total population. The mix of cultures and religion is also unique.

The two major political parties are aligned along racial lines – that is their power base. They use the political arena to gain mileage and use the media to split the community.

We have seen plenty of the above.

When reporting about Fiji, the media needs a deeper understanding about racial issues in order to avoid being manipulated by politicians. So the media has to be careful how it goes about reporting race and politics.

People in Western countries view Fiji through Western eyes. But Fijian society and the situation here is very different.

Having said that, censorship is taken advantage of by the government when it allows nothing negative to be reported. This is not doing society any favour either.

It just shows what a powerful tool the media is, and how successive governments in Fiji have tried to bring it under their control.

His comments were borne out by Fiji's Ambassador to the European Union, Peceli Vocea, who blamed Fiji's ills on two decades of "mismanagement, corruption and nepotism" (ie. under "democratic" leadership).

Prominent Fiji issues blogger Croz Walsh, who unlike the tabloid “antis”, tries to bring some rigour to his website with research and analysis, deplored the gullible acceptance by news media of the spate of uncritical, onesided reports on human rights. He says:

Fiji really has been in the news for the last few days, and not one word in its favour. By now the world must think its human rights record is on a par with Burma. All other Fiji news, little that it ever was, has been pushed aside (except for ANU's Jon Fraenkel speaking to Radio NZ International on Voreqe Bainimarama's "resignation" and Fiji's Met Service work for the Cooks) by the avalanche of "human rights" news.

Apparently nothing positive is happening in Fiji, and there's never a word about the massive abuse of power -- and hence abuse of human rights -- by the deposed "democratically elected" government. I wonder how honest journalists can continue to talk of an independent media when their colleagues continue to report like this? Or how Fiji, even with the most worthy deeds and the most efficient PR, can have one hope in hell of countering what can only be called propaganda?

My paltry efforts in my blog to provide background, information, analysis and helpful comments is outnumbered many thousands to one, and the occasional radio interview seems like a sop to supposed balance.

The real Fiji issue here is not human rights (though some, affecting very few people, have been abused). The real issue is the abuse of "media rights" that have been allowed, if not encouraged, to so distort the situation in Fiji, past and present.

Its amazing how people make the assumption that when if you're criticising the actions of the Bainimarama Regime (and it is a regime, mind you), you must be an SDL / Qarase supporter. Or how, if you're praising some of the work done by Frank Bainimarama (free text books, bus fares to deserving kids, increase in scholarships etc), you must be "pro-regime" and "pro-dictatorship". Whatever happened to "calling it as you see it? Why do blogs, including Mr Walsh's make you choose one side of the fence? It is always he case when it comes to FIji. People make you choose sides. Its always been a "if you're not with us, you're against us" mentality. It was always present in FIji, even before the 2006 coup. If you're not with Qarase, you must be with Chaudhry and vice-versa. I for one, am happy with some steps taken by Bainimarama since he grabbed power (and that is what he did, saying it differently doesn't change it). But all the good they do gets outweighed by the fact that they impose draconian media censorship. I chat regularly with friedns from the media in Fiji - tell me that censors try to stop stories regarding lower tourism arrivals, and even of child abuse and race cases. How do you justify not letting the people of Fiji know what's happening around them? Media censorship and effectively killing the rights of people to know how their tax dollars are being used, is the real human rights tragedy in Fiji, I think.

Cafe Pacific makes a lot of sense - it is certainly true that "much of the Australian and NZ press simply fail to acknowledge the complexity of Fiji’s socio-political context". and lacking understanding, opt for the easy line - after all no-one likes dictators.

No doubt support for their Fijian colleagues has something to do with it too.

I encourage SaD to read more of Croz Walsh - he is certainly not one of those who "make you choose sides", and writes openly of both the deeds and misdeeds of the present regime.

Middle of the road said...

I agree SaD. There are things I see that are not right on both sides of the fence. This slow and subtle attempt to bend people to a certain leaning doesn't work. It supresses peoples true thoughts or makes them angrier.

Just remember everyone has an agenda. I love Walsh's site, but theres a fine line between being "balanced" and being an apologist.

"Freedom from choice" is what a lot of Fijian's want. As long as the sun is shining and we have food in our bellies and our family is in good health, everything else is secondary.

There are genuinely good people in either camp. It doesn't always have to be "us" or "them".

Your letter is one of the most refreshing posts I have read. We don;t have to intellectually scrutinise everybody else's thoughts and views. That tends to border on being "pious".