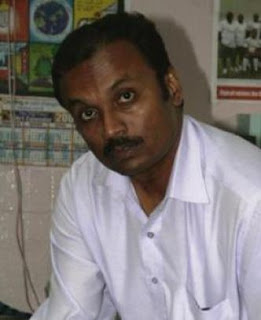 FIJI police have picked up the news editor of the Fiji web news pioneering agency Fijilive, Richard Naidu, for questioning – and then released him.

State-owned Fiji Broadcasting Corporation News reported that he was questioned over a story that was published by the online news agency on Thursday.

Criminal Investigations Department (CID) director Adi Sen was quoted as saying the police questioned Naidu overnight and released him at about 11am Saturday.

Naidu was reportedly questioned over a story alleging the suspension of the Police Commissioner Commodore Esala Teleni, a story the police say was incorrect.

The questioning happened on the same day that the regime announced the news organisations that have been registered under the new Media Decree – minus Fijilive. Related, or did Fijilive simply fail to meet the deadline?

Fijilive was offline all weekend but resumed publication again on Monday, August 2, without explanation. The regime denied any responsibility for the Fijilive "whiteout".

The media groups named by Attorney-General Aiyaz Sayed-Khaiyum, as reported by the FBC News, include:

One thing they can be counted on is to be committed to working towards a higher quality media for Fiji.

It also includes the manager of a Suva-based regional news organisation widely accused of failing to defend Pacific media freedoms by staying in Fiji and "kowtowing" to the regime.

Pacific Islands News Association (PINA) manager Matai Akauola is also a member of the authority, as well as the Solicitor General Christopher Pryde.