How 'peace journalism' surfaced in the Pacific 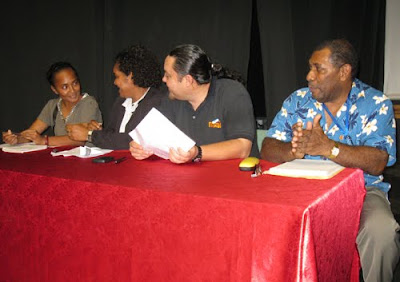 SUDDENLY “peace journalism” has emerged as the flavour of the month in Fiji – and has even had a debut in New Zealand as an idea. A panel of local Fiji journalists at last week's University of the South Pacific seminar admitted they knew little about the approach. And, to be frank, were a little distrustful , as many journalists often are when confronted with a new concept and their natural skepticism pushes aside rational argument.

One journalist admitted she had asked around her newsroom (Fiji’s largest) about what peace journalism was. The answer: “Journalism about peace” - a rather unhelpful contribution from a colleague. In spite of the visit of the celebrated author and media theorist about peace journalism Professor Jake Lynch, director of the University of Sydney’s Centre for Peace and Conflict Studies , to Suva late last month (and considerable publicity), there was little idea that the notion is about community “empowerment” and actually plain good contextual journalism. The sort of journalism that helps find solutions, rather than adds to a community’s problems.

Traditionally, the Citizens Constitutional Forum and numerous other advocacy groups would do what they call hard-hitting advocacy. And they would take a stance which was very directly critical of the government for example. Now that's one way of ventilating [civil rights and social] issues, and it would fit with expectations among journalists of the kind of role they might play given that Fiji's media probably inherited a lot of its assumptions from the British system.

But it's certainly not the only way to ventilate those issues. And what I've been encouraging them to do is to think how they can arrange for the kind of testimony and perspectives of people at the grassroots, people who are dealing with these issues in everyday life to be more widely known and more widely appreciated, and thereby contribute to a national conversation in Fiji about the issues on their own merits.

It doesn't necessarily have to be fed through the filter perhaps familiar to audiences in Australia, where so many issues are wrapped around a claim by the opposition and a counter claim by the government, that kind of thing. 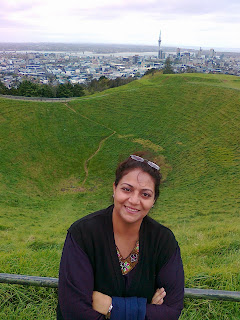 Barely a week later, at the inaugural Media, Investigative Journalism and Technology conference organised at AUT University by the Pacific Media Centre, the first-ever “peace journalism” seminar was staged in New Zealand – convened by a doctoral candidate from Pakistan, Rukhsana Aslam (pictured) and Dr Heather Devere of the National Centre for Peace and Conflict Studies at Otago University. Aslam, who has contributed a chapter on peace journalism education to a new book Peace Journalism, War and Conflict Resolution, was well supported by Shailendra Singh of USP, One Television’s Koroi Hawkins in the Solomon Islands, and Taimi Media Network chief executive Kalafi Moala among others.

A few days later, Moala was in Suva along with Pacific Media Centre director Dr David Robie and senior journalism lecturer Dr Levi Obijiofor from the University of Queensland. Both Obijiofor, who spoke about a case study in the Niger Delta involving indigenous peoples and multilateral oil companies, and Robie have papers on peace journalism appearing in the forthcoming Journal of Pacific Studies. Moala gave an impassioned address about post-election realities in Tonga and how “democracy” was not necessarily a panacea and Pacific journos should not blindly follow Western news values. Robie’s message included, after an analysis of many conflicts in the Pacific re 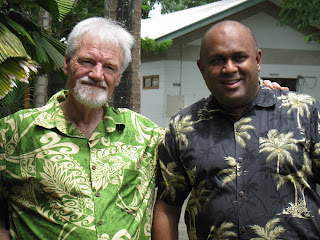 gion and the role played by media:

Peace journalism or conflict-sensitive journalism education and training ought to provide a context for journalists to ensure that both sides are included in any reports. The reporting would also include people who condemn the violence and offer solutions. Blame would not be levelled at any ethnicity, nor would combatants be repeatedly identified by their ethnicity. But the reporting would constantly seek to explain the deeper underlying causes of the conflict. This approach to journalism surely could offer some hope for conflict resolution in the Pacific and a peaceful future.

How 'peace journalism' surfaced in the Pacific".
Tiu'hea wrote: "Bula David, I came across PEACE JOURNALISM during a workshop I attended in KL in 2008. I like the notion behind it and challengingly disseminated it in my presentation at work hoping it would be incorporated - a concept I hope would work in the Pacific......can it? Look forward to reading more on this..I'm disappointed I didnt catch up with you when you were here. Regards, Emily

.. the idea was mooted by key Fiji activists well before things got worse in 5 Dec 2006 in Fiji. The opportunity is always there. To be fair to Fiji (esp leading Fiji NGOs who are in the best position to bring together resourcefulness to bear results on this), the international media fraternity have long heard about peace journalism for more than a decade, ...but the leading mainstream media establishments [and also some leading 'Peace' Groups] refuse to buy into the idea ... for one thing, the rhetorical and narrative structures that shape and constrain the way in which conflicts have been reported have been largely due to persistence by the common practice that reporting 'naked violence' in conflict sells news and is good for business and raising ones profile ... while good quality storytelling that invites honest introspection in peeling the layers of interconnected complexities of a conflict situation (like the 'cycle of coups in Fiji) and suggesting alternatives on how better futures can come to fruition in the lives of people affected, their communities and country has never really been given the chance to find its rightful place in social discourses (including within/thru media) ... we need honest/brave/empathetic story-tellers who call themselves journalists or media-based NGOs/ institutions to step up in the Pacific Islands including Aust-NZ to shift the paradigm of narrative formations in the Pacific into one that have resilient Pacific narratives that tell our stories from Pacific perspectives, and are visionary!! Thanks to you Robie and your Auckland community and Pacific networks for keeping this agenda alive!!

Surely the better term for this genre is "keeping the peace" journalism. Because we know that the conflict driven model that drives the mainstream western media merely produces conflict in societies that are more respectful of authority like those in the Pacific. In a way, it's sad we have to have this debate. Thoughtful journalists, like thoughtful people of all kinds, ought to have a better idea of the boundaries without having to receive instruction. It's called common sense. And it's been sadly lacking in places like Fiji, where journalistic bomb throwers like Netani Rika have invited official repression by behaving like their western counterparts. What we badly need are people with maturity and judgement in top media positions. Instead, we get twenty somethings trying to ape someone they met at a seminar on "Pacific journalism" funded by MFAT, DFAT, AUSAID or some other external body with no idea of local conditions. They preach "media freedom" when the better term ought to be "media responsibility".