More on the Fiji quagmire 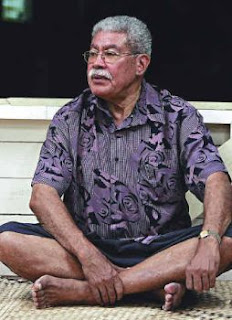 Deposed Fiji PM Laisenia Qarase's chickens seem to be coming home to roost! Stuck in Fiji MUD had these unproven allegations the other day:
Radio NZ article reports on a case heard in Lautoka High Court, which dismissed an application to have the Fiji Independent Commission Against Corruption declared illegal. This particular case also represents a significant boost to the mandate of the clean-up campaign, undertaken by the Interim Fiji Government, which found massive irregularities in Native Institutions. These discrepancies, could find the deposed Prime Minister of Fiji, Laisenia Qarase culpable for abuse of office. Earlier, Qarase had denied abusing his position to enrich himself or cordoning corrupt practices under his watch. Qarase counter accused the Corruption Unit of selectivity, by steering the investigations clear of the Fiji President, who was also appointed as President of Native Lands Trust Board, while Qarase chaired the board. Qarase's accusations, actually acknowledges that, the crime(s) took place. It was during this time, approval of several questionable projects involving Pacific Connex and the illegal de-registering of native land without consent or approval of the native land owning units occurred. Other case that may involve Qarase includes the projects at Natadola and Yaqara; both locations of proposed major development projects, without the ownership and approval of the landowners. These projects placed NLTB and Fijian institutions under scrutiny following complaints, involving coercion, misrepresentation and transactions under false pretences.
Posted by café pacific at 7:11 PM