Regime change in Timor ... and the rioting starts 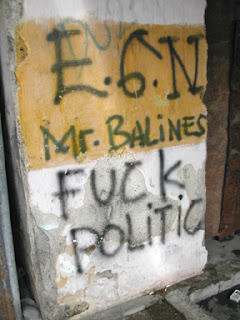 So the inevitable has happened. Australian-backed regime change has entered its final act. Resistance hero Xanana Gusmao, but a divisive figure when still president of Timor-Leste during last year's clashes, has finally been named prime minister of a coalition government, ousting the Fretilin government that had led the country into independence. Gusmao refused Fretilin's proposal for a "government of national unity" headed by an independent PM. So the stage was set for bitter responses from the internal refugee camps and disaffected youth to President Jose Ramos Horta's announcement on Monday that Gusmao would lead the next government, a coalition of major parties, after five weeks of negotiations following the recent parliamentary elections. Sporadic rioting has begun.
Fretilin - which won the most votes in the election but which fell short of the majority needed to rule - has denounced the decision, declaring the new government is illegal. It has boycotted Parliament since last week. Fretilin has declared it will not cooperate with a government that is "unconstitutional". (Pictured: Election street graffiti - Asia Pacific Network).