Horror from the past - a new twist on My Lai 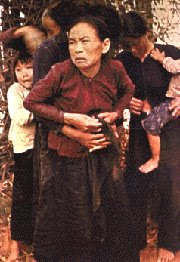 As Economist picture editor Celina Dunlop writes, the name My Lai has become synonymous with "massacre" and atrocity. Contemporary US military atrocities are compared with what happened in the little Vietnames hamlet four decades ago and are often billed as a "modern-day My Lai". As Dunlop says: "The name is shorthand for slaughter of the defenceless, the benchmark of American wartime atrocity. The murders of 504 men, women, children and babies happened in a northerly province of South Vietnam on 16 March 1968. It proved to be a turning point for public opinion about the Vietnam War."
For me, there is a tragic sense of deja vu also for publication of photographs of that massacre in an Australian weekly newspaper, the Melbourne Sunday Observer - the same week as Life magazine in 1969. At the time I was chief subeditor. The editor, myself and the newspaper were prosecuted for "obscenity" (the case was eventually dropped) for publishing the horrendeous images. Yet for all of us working on 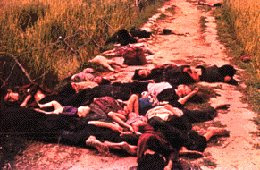 that paper during a prevailing newspaper climate supportive of Australian involvement in the US colonial war, it was an "obscenity" that US, Australian and NZ troops were in Vietnam at all.
Dunlop writes about the so-called Peers Inquiry (chaired chaired by Lt Gen William 'Ray' Peers) that interviewed some 400 witnesses and tape-recorded their testimony: "In 1987, [the tapes] were shipped to the US National Archives, as one small portion of a massive group of records of US Army activities in Vietnam. There they remained hidden, never catalogued, never investigated, never uncovered - until last year.
I spent many months trying to track down the tapes. 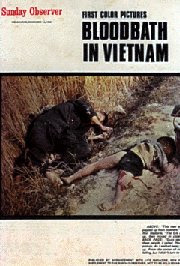 Again and again, I was told they did not exist, but after much persistence, 48 hours of recordings from the key witnesses were declassified and made available to me."
The Peers findings set the benchmark for future guidelines for the US military in dealing with civilians.