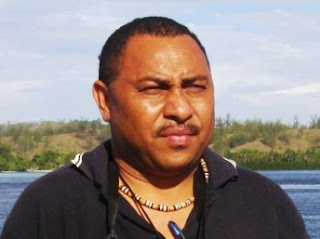 Just when Tonga seemed to be making some headway in opening up to media freedoms and lively debate in the transition as an emerging democracy, a major blow has hit the state-run broadcaster with a tough restriction on political broadcasts. Would-be political journalists have had the rug pulled from under them just as the kingdom heads into an election. The Tonga Broadcasting Commission imposed a ban on reporters doing pre-recorded political interviews (without a vetting committee clearance) with the general manager ‘Elenoa ‘Amanaki claiming journalists didn't have the training or experience to do their job. What a scandalously demeaning statement about TBC's one journos. This is a reflection on the TBC rather than the journos. Journos gain experience by being on the job - and that means covering the elections. And what has been happening on the training front if journos are suddenly regarded as not up to the job. Why now? And why the "admission" on the eve of an election? PINA was a bit slow off the mark, in spite of many journos around the region clamouring online for a strong statement, but eventually PNG-based president Joseph Ealedona rapped the kingdom with a blast against censuring or privatising public broadcasters. Among many online critics have been the Tonga Review, which likens Tonga to Zimbabwe: "Tonga and Zimbabwe have something in common - restriction of freedom of speech. The latest government censorship on political campaigns for the upcoming election is similar to what media are experiencing in Zimbabwe. It is also similar to the way China and police states treat media. Freedom of the press is enshrined in our Constitution but it seems that the authorities are clinging on to the old adage that the 'state' knows what’s best for the media, especially state media, to communicate to the public.
"In an age where media freedom, albeit responsible media reporting, is critical for keeping governments honest, Tonga now seems to be heading the other way and dictating how its state broadcaster speaks to the people. This sets a dangerous precedent because the authorities can become brainwashed thinking that they know what is best for the people.
"The TBC is chaired by the Prime Minister and he has instructed officials to go through political programmes and edit any political rhetoric. This has caused controversy amongst the pro-government and pro-democracy movement. Officials have now become the authority over what can and cannot be said to the public.
"The problem is, you have some programmes that are pro-government such as the ones by Kalafi Moala and Viliami ‘Afeaki which is often critical of the Peoples Representatives and they are allowed and sponsored by government to be aired weekly. This is unfair and creates animosity against the state broadcaster."
Tonga Review adds that the country's political leadership has "destroyed" the Fourth Estate. A bit sweeping - as the comparisons to totalitarian China. But definitely transparency and accountability have suffered a severe setback.