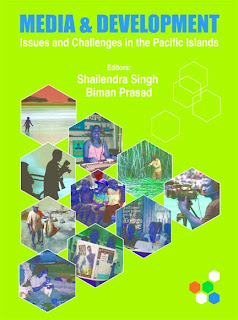 A new book on Pacific media is being launched in Suva, Fiji, on Monday to add to the growing literature on Pacific journalism. With a core of University of the South Pacific contributors and journalists and media analysts around the region, Media and Development will be exploring critical issues facing the Pacific - and what journalists can do about it. No doubt this publication will become a core text at the USP and other journalism schools, at least for postgraduate students. Published by the Fijian Institute of Applied Studies and co-edited by USP journalism head Shailendra Singh and economics professor Biman Prasad, the team of 23 contributors - including me - ought to be congratulated on the effort. After the book launching by Fiji Media Council chairman Daryl Tarte at USP, the co-publisher - Pacific Media Centre - will have another launch in Auckland further down the track.
With growing evidence of low economic growth, poverty, mismanagement, corruption and political instability in the Pacific, the co-editors argue that an unfettered flow of information is vital:
The media has a crucial role to play in facilitating quick and better access to information about issues such as health, education, technology, economy and politics to help to maintain the social and political cohensiveness that is so important for development in small and vulnerable countries.