Suai massacre accused slips out of East Timor across border 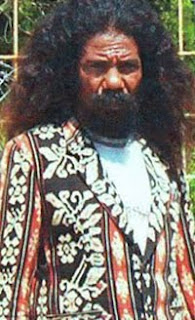 SO it's finally official: After weeks of accusations and denials that one of the most wanted men for crimes against humanity in East Timor has been smuggled out of the country, the Indonesian Foreign Ministry has finally come clean. Maternus Bere, the former militia leader accused of a massacre of dozens of women, children and priests in a church at Suai a decade ago is now safely back in Indonesia.

According to an Associated Press report, Bere arrived in Indonesia on Friday and was taken to a hospital with undisclosed health problems, said ministry spokesman Teuku Faizasyah. He faces no charges in Indonesia and will be a free man after treatment:

An Indonesian national, Bere was indicted by UN prosecutors in 2003 on charges of crimes against humanity, including murder, persecution, forced disappearances, torture, extermination and abduction.

More than 1000 people were killed by pro-Indonesian militias when East Timor voted to break from Indonesia in 1999, but more than 300 suspects remain at large, most of them in Indonesia. 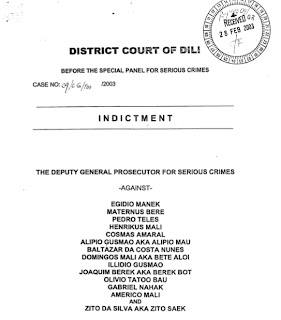 Leaders from both countries oppose criminal trials so human rights activists have called for the establishment of a UN tribunal.

Bere was recognised during a visit to Suai, the town where the massacre took place in September 1999, and was arrested by Timorese police in early August.

He was handed over to the Indonesian Embassy at Jakarta's insistence after negotiations between the two governments on August 30, the 10th anniversary of East Timor's vote to become an independent state.

The hypocrisy, particularly by the current administration led by Gusmao Xanana, a former resistance leader against the Indonesians, over the treatment of Bere and other accused has frustrated and angered many human rights advocates.