In Egypt, the 'lamestream media' shows its courage and value 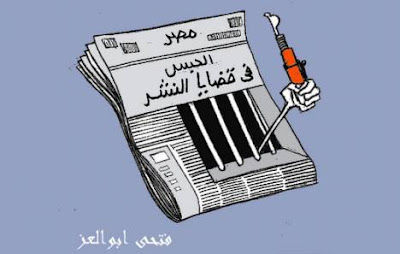 THE TURMOIL in Egypt has been a lesson in the fragility of a right we so often take for granted: to speak.

It also has been a reminder to those who deride the "lamestream media" as the enemy, traitors and worse that many members of that maligned tribe are also very brave.

A list of journalists who have been assaulted, beaten, harassed and arrested in Egypt since demonstrations began would consume the balance of this column. They include attacks on CNN's Anderson Cooper, as well as reporters and photographers from The Post, Fox News, the New York Times, and numerous other publications and broadcast organisations from around the world.

The attacks have been well organised and strategic, suggesting something more than an organic eruption from the street. The Committee to Protect Journalists (CPJ), founded in 1981 to protect press freedom and journalists, has added its voice to those asserting that the attacks were arranged by Hosni Mubarak's government.

The Egyptian government is employing a strategy of eliminating witnesses to their actions. The government has resorted to blanket censorship, intimidation, and today a series of deliberate attacks on journalists carried out by pro-government mobs. The situation is frightening not only because our colleagues are suffering abuse but because when the press is kept from reporting, we lose an independent source of crucial information.

Outrage expressed
Outrage that journalists are being targeted has been appropriately expressed by various heads of state, including President Obama.

Attacks on journalists are nothing new. Five have been killed already this year, including one Friday in Cairo. Since 1992, 850 have died in the line of duty. Of those, more than 500 were murdered with impunity, according to CPJ. An additional 145 journalists are in prison worldwide for the offense of reporting.

What is new to most eyes are these real-time attacks on people we know. Watching Katie Couric being harassed and shoved by a crowd of angry men in Cairo was especially jarring. Our little Katie? Make no mistake. Perky Katie is also brave Katie.

For journalists, there's no adrenaline rush like Being There. There's something in the constitution of those who sign up for Journalism 101 that makes them want to be part of the action but also to do something of value. The bias so many recognise in the media is, among other things, a bias toward the underdog, whether that's an unwed mother or an oppressed people. That government thugs want to silence reporters in Egypt is understandable. The camera is focused on the powerless masses who want to unseat their pharaoh.

Bear witness
This is to say that those reporters who put their boots on the ground go willingly. I'd wager that every reporter confined to a cubicle at this moment wishes he or she were there, even with a touch of quiet gratitude for being safe. It isn't only to be where the action is but also to bear witness to history and to the eternal human struggle to be free.

It is rare to get to see our constitutional rights (and responsibilities) so starkly displayed or to have the courage of our convictions tested, if only vicariously. The Egyptian people are brave, too, but it is their fight. Another lesson: Democracies have to emerge from the passions of their own constituents. Freedom may be God-given, but, like life, it has a gestation period and is usually born with much pain. Afterward comes nurturing through the conscientious exercise of human will and institutions yet to be conceived.

Not so lucky are the hundreds or thousands of Egyptians who have suffered blows (or death) as they have sought their own route to liberty. Reporting from Cairo, New York Times columnist Nicholas D. Kristof tells of a carpenter named Mahmood who had needed medical treatment seven times in 24 hours. His arm was in a sling, his leg in a cast and his head was bandaged. He was going back for more.

Kristof was "awestruck" when Mahmood told him: "I'll fight as long as I can."

We should all be so awed - not only by the Mahmoods, but also by the Kristofs.