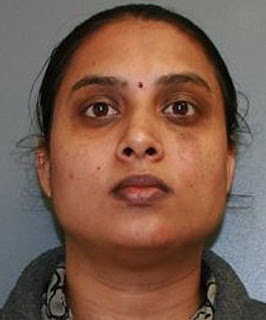 ASTONISHING how quick some mainstream news media in New Zealand were to latch on to the catchy phrase “honour killing” over the cruel and tragic death of an Indo-Fijian nurse working at an Auckland hospital last month.

Twenty eight-year-old Ranjeeta Sharma (pictured) was found burned to death at the side of a road near Huntly, in rural Waikato, Her husband Diwesh, 29, fled to Fiji with their four-year-old son the following day. But he was brought back to New Zealand and faces murder and other charges.

The persistence of some New Zealand media in speculating over an “honour killing” even after police insisted that they were simply investigating a homicide – a particularly gruesome one, admittedly - and various Indian and Indo-Fijian media and community commentators argued that this was extremely rare in the region, if not unknown, was unfortunate.

After two days of media hype, one television network online editor fired off a query to Café Pacific saying:

Some people are calling it an honour killing, but many Fijian Indians are saying this doesn't exist in Fiji in the same way it does on the subcontinent. On the other hand I have anecdotal stories from some people who have fled Fiji fearing a similar fate.

Could you shed some light on this or know anyone who could talk knowledgeably? Are honour killings in existence in Fiji - even if they are rare?

Use of the term “honour killing” stirred a spate of criticism in the ethnic press and radio over “insensitive” mainstream media. Clearly the sensationalist reporting of the issue has undermined progress in cross-cultural reporting made in NZ in recent years. Indian Weekender editor-in-chief Dev Nadkarni , a onetime coordinator of the University of the South Pacific’s journalism programme, condemned NZ media reporting of the killing:

Nearly every major news outlet played along with the honour killing angle, interviewing ethnic Indian workers of women’s and social organisations to record their general statements about honour killings and linking them to this case.

At the time of writing, no media outlet had clarified the investigation team’s present position – that it was being treated as a homicide. Follow up reports persisted in linking the honour killing angle.

One would expect the media to try to break stereotypes, not reinforce them.

Former Fiji Daily Post publisher Thakur Ranjit Singh was even harsher, describing it as a case of Indian and “Hindu-bashing” by news media:

This report and similar “stereotyping” reports in other media prompted concerned Indo-Fijians and Indians to call meetings in Auckland to show their concern and disappointment at the “media-bashing’ of a community.

Singh noted that the new Hindu Media Watch group, formed out of frustration with NZ media reporting of cultural minorities, was considering laying complaints with the Broadcasting Standards Authority and NZ Press Council.

In the Herald on Sunday, Deborah Coddington wrote:

It's truly horrible that nearly 600 years after Joan of Arc was burned at the stake, in supposedly civilised New Zealand a 28-year-old educated woman is burned alive and tossed on the roadside like rubbish.

Poor, wretched Ranjeeta Sharma, an immigrant from Fiji. Nobody deserves this, least of all amid speculation she may have been the victim of a so-called "honour killing".

There are honour beatings [in Fiji] - we could term honour beatings when … young women don't adhere to what their parents want, what the community they belong to want and so on, particularly in terms of falling in love with someone outside of that community or someone undesirable perceived by the parents. So often girls are brought back and beaten quite badly, sometimes locked up and forced to marry other people. So that has occurred and continues to occur in Fiji.

A Canadian 'honour killing' controversy
Posted by café pacific at 1:06 AM

OK, I've got it now. There are no honour killings in Fiji by indo fijians, just 'honour beatings'. And I suppose there is no arranged (forced) marriages or caste discrimination as well?

Well done, David;a well-rounded , balanced and comprehensive report on a tragic killing that was distorted by the Fairfax (Waikato Times and the Stuff). Perhaps it is time the mainstream media organisations send some or most of their supposedly qualified journalists to AUT's School of Communication Studies for a refresher course on reporting on cross-cultural issues.