The browning of New Zealand media 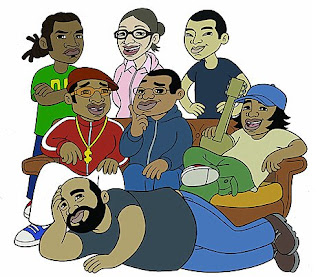 CURIOUS how a seminar with many of the movers and shakers in the New Zealand diversity media industry running the show didn’t cut it in the news itself. Hardly a mention in news coverage, apart from on the Pacific Media Centre niusblog at AUT University and a John Drinnen item in the NZ Herald's Business about how public broadcasting was being ignored. Nevertheless, this year’s NZ On Air seminar with the theme “Screen and Heard: NZ broadcast audiences in 2020” was really worthwhile with many contributors giving fascinating and inspirational insights into this country’s media future – from SBS managing director Shaun Brown’s rundown on multicultural programmes in Australia, through BBC’s Murray Holgate on the changing role of the global broadcaster in the Asia-Pacific region to Oscar Kightley and Stan Wolfgramm on the future of diversity creations such as bro’Town and Pacific Beat Street. Brown encountered some light hearted flak over his metamorphosis from his old role in market-driven TVNZ to cross-cultural SBS – “the browning of Shaun Brown”, as Asia Downunder’s Bharat Jamnadas (and onetime Fiji journo) coined it. Brown himself said: 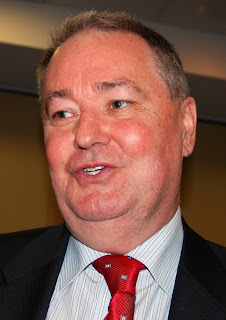 New Zealand is – in at least some respects – ahead of Australia in confronting and debating the issue of diversity in programme making.

For a start, while Australia has a vibrant sector dedicated to advocating on multicultural and indigenous issues, I cannot recall a discussion of this scale taking place between Australia’s broadcasters about our contribution (or even obligation) to reflect cultural realities on screen.

Also, an important element in reflecting diversity on either side of the Tasman is the place indigenous content occupies on our screens. Here particularly Australia has much to learn from New Zealand.

The outstanding success of Māori Television and the scale of Māori programming on other broadcasters places New Zealand well ahead of Australia.

Asked if he had “seen the light” about public broadcasting after he left TVNZ for SBS, Brown launched into a candid attack on a succession of NZ governments for their failures over broadcasting policy, which had been turned into a political football: “Without a charter, you don’t have a compass.”
The “scene setter “ was provided by demography professor Richard Bedford of Waikato University’s Population Studies Centre, who outlined the two-pronged challenge for New Zealand media – the demographic changes making the audiences “browner” and more culturally and ethnically diversified, and also becoming older. As PMC’s Pacific Media Watch contributing editor Josephine Latu reports:

In fact, by the year 2021, current statistical projections show that the Asian population will have increased by more than 70 percent, the Pacific Islander population by 44 percent, and the Māori population by about 24 percent since 2006.

New Zealanders of European or “other” ethnic backgrounds (including from African and South American and other nations) are altogether predicted to
increase by just below 6 percent in the same timeframe.

The number of people aged over 35 is also set to swell for all ethnic groups. Figures showed that between 2006 and 2021, those aged 35 and over will increase by 22 percent, compared to only about 5 percent for those under 35.

Café Pacific’s David Robie has produced an overview of the state of demographics and the rise of the ethnic media, published in the latest edition of Pacific Journalism Review with the theme “Diversity, identity and the media”. (The edition was launched by the Human Rights Commission’s Sam Sefuiva at the seminar).
Radio Tarana’s Robert Khan and broadcasting manager Terri Byrne of Planet Radio – “the best thing we ever did” was moving from AUT University campus to Unitec, where it has been thriving – gave inspirational insights into how “minority” broadcasting was in fact becoming “mainstream”.
But in spite of the optimistic mood of the day, the seminar crashed to earth in the final session about “the broadcast media scene in 2020”. TVNZ head of television Jeff Latch, TV3’s associate director of programming Andrew Szusterman and Radio NZ’s head of news Don Rood didn’t seem to get it about the dramatic changes facing NZ’s media audiences. No visionary solutions there for the twin targets of diversity and age.
Bro'Town graphic from NZ On Air; photo of Shaun Brown by the Pacific Media Centre's Del Abcede.
Posted by café pacific at 7:40 PM