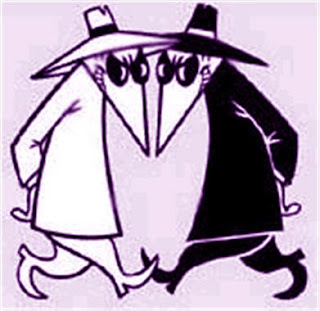 JANE KELSEY’S recent welcome reality check on the so-called SIS “openness” files has sparked renewed concerns over the state of the surveillance society in New Zealand. Earlier in the year, the focus had been on activists getting a fair deal. Now the academics are also up in arms over the Security Intelligence Service’s inept prying into critical thinkers on campus. Calls have been renewed for a commission of inquiry reviewing the activities of the Security Intelligence Service, a move strongly supported by Café Pacific.

Many activists, academics, civil society stirrers and some journalists have applied for copies of their SIS files. But the period of “glasnost” ushered in by new SIS director Dr Warren Tucker, including release of personal information under the Privacy Act, has been shortlived. After a relatively brief stint of “open file” revelations in the media from surveillance subjects – some such as CAFCA (the only organisation to have had a file released), Green MP Keith Locke and human rights activist Maire Leadbeater were featured on Café Pacific – the inevitable chill wind has swept through espionage house. Many people are now receiving “neither confirm nor deny” responses about their SIS file, claiming the release of this information would prejudice national security. It is believed neither-confirm-nor-deny responses apply to still active files. Café Pacific’s publisher David Robie has received one of these letters (dated June 5) from the SIS after an earlier fob off in April, possibly over his close connections with independence movements and radical groups in New Zealand and the Pacific in the 1980s as a journalist.

The Global Peace and Justice Auckland group plans to hold a meeting next week for those who applied for their SIS files to discuss issues around the controversy. GPJA’s Mike Treen and John Minto noted: “As the number of people seeking information has increased so the amount released from each file has decreased. Some people have been refused access altogether while others have been told the SIS will neither confirm nor deny the existence of a file on them.”

The Tertiary Education Union (TEU) distributed a media release protesting against academics being spied on for simply doing their jobs. The union’s response followed a public condemnation of the SIS and the Privacy Commission by Jane Kelsey, a law professor of the University of Auckland and a high profile independent critic of free-trade policies, including New Zealand “bullying” of small Pacific nations over PACER-Plus. TEU president Dr Tom Ryan says:

We cannot afford to have a society where the SIS is spying on academics who are simply doing their job. News that a highly-respected University of Auckland professor of law, Jane Kelsey, has been spied on by the SIS because of her professional work is intimidating for all academics.

Our democracy will be weakened if tertiary researchers and teachers are scared off from questioning official policies in their own fields of expertise. But that seems to be exactly the outcome the SIS was aiming for with its long-running campaign against Dr Kelsey.

A chilling aspect of Dr Kelsey’s case is that the SIS appears to have been spying on her simply because of her views on our country’s economic and trade policies rather than any real concern that she might pose a physical or military risk. And much of the spying appears to have occurred in her university workplace.

New Zealand Herald columnist Brian Rudman scoffed at the SIS files furore, adding that in spite of "unmasking a fellow student as a spy" during his Auckland University days, he had never risked writing to Spy Central" when they "first offered to open their filing cabinets to the paranoid, and to anyone else who suspected the spooks might have been trawling for dirt on them over the years". On a more serious note, Kelsey’s own web-based background resource around the “open files” issue observes:

The SIS has a long history of spying on academics. The file of economist Wolfgang Rosenberg dates back 50 years, and includes comments he made in the common room and his applications for academic jobs. Recent files of several other academics focus on lawful activities undertaken in the course of their employment as academics, such as giving lectures, participating in conferences and convening meetings on university campuses. Various Students Association groups and activities have also been monitored.