TOMORROW is International Blog Day – and already an innovative venture by Reporters Sans Frontières is more than two months old. While Café Pacific's publisher was in Paris visiting RSF, the media freedom organisation was launching a new tool to protect the identities of bloggers exposing truths unpalatable to some regimes.

The world’s first “anti-censorship shelter” was launched in mid-June in a clever new attempt to foil oppressive regimes. Take note, Fiji bloggers. The shelter tries to ensure that online journalists and bloggers can freely publish while staying anonymous.

RSF pledges "an active commitment to an internet that is unrestricted and accessible to all”. Its strategy for doing this is to offer censorship victims a way of protecting their online information.

The organisation has partnered with a security firm, XeroBank, to form what it describes as a "virtually untraceable high-speed anonymity network". Traffic is mixed with that of thousands of other internet users from country to country, making detection impossible.

RSF has also created a website for hosting “forbidden material” in order to outwit global censorship. 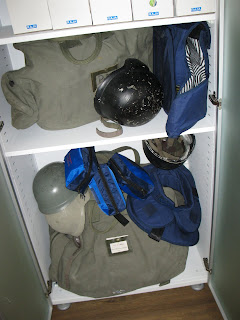 As many regimes have become more suspicious of bloggers and ever more oppressive, the online writers continue to publish news and information that traditional media dares not cover. Online sites, like CoupFourpointFive, have provided a key safety valve and clearing house for the Fiji opponents of dictator Voreqe Bainimarama.

Last year, RSF published a handbook offering practical advice and techniques on how to create a blog, make entries and get the blog to show up in search engine results. It gives clear explanations about blogging for all those whose online freedom of expression is subject to restrictions - and it shows how to sidestep state-imposed censorship measures. Writes editor Clothilde Le Coz:

Let's acknowledge that blogs are a fantastic tool for freedom of expression. They have loosened the tongues of ordinary citizens. People who were until now only consumers of news have become players in a new form of journalism, a "grassroots" journalism, as expressed by Dan Gillmor, that is "by the people for the people". 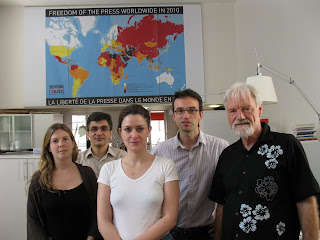 Blogs are more or less controllable for those who want to keep them under surveillance. Governments that are most up to do date with new technology use the most sophisticated filtering or blocking techniques, preventing them from appearing on the Web at all. But bloggers don't just sit back and let it happen. The essential question becomes how to blog in complete safety.

And that’s where the new RSF blogging tool comes in. RSF is also helping journalists in other practical ways too, like hiring out media flak jackets at a fraction of the commercial rates.