The Pacific's new PacMA - a vision for media freedom 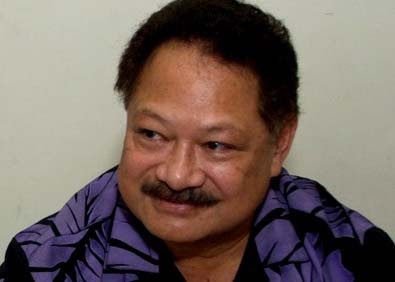 A FLURRY of messages. First the announcement of yet another Pacific media freedom group - PacMA, born in Samoa. Plus backpatting messages from supporters around the region. And then a riposte from the incumbent media "freedom" body, PINA, in Suva, claiming it has the strongest membership it has had for five years - 21. One wit from the Solomon Islands wrote:

First we started the PFF which was to be the watchdog which PINA wasn't, has it achieved that? And now we are starting the Pacific Media Association. What's next? PPA, PFP, PMF, PIFA, we have a problem in Fiji and, as crude as this may sound, whatever we do outside of Fiji cannot bring international attention to the plight of Fiji media. It is the Fijian media itself, on the ground in Fiji, who have to take Pacific journalism to the next level - that is put their lives on the line, if they are to get international recognition.

But this time there is optimism that this new body will have some serious clout - and actually use it. Over at the Pacific Media Centre in Auckland, PacMA's deputy chair Kalafi Moala has outlined the vision of the new body. Café Pacific republishes it here:

In the days immediately following the announcement of the launch of the Pacific Media Association (PacMA), the question has often been raised about why Samoa was chosen as the place to register this new organisation.

Last week on August 10, several media owners and journalists from the Pacific region met in Apia to form the new association. A new constitution was formulated and registration of an incorporated society was sought with the government of Samoa.

In addition to a new code of ethics for the organisation and its members, a set of bylaws is being currently written to guide the conduct of the affairs of the organisation.

Headed by probably the Pacific region’s most successful and experienced media owner and journalist, Samoa’s Sano Savea Malifa, the men and women that make up the organisation promise to be the embodiment of PacMA’s mission to promote and defend values of media freedom, ethics and good governance, and provide training for all media in the Pacific region.

Malifa plays a major role in the selection of Samoa as the founding ground for PacMA.

But it is more than that. Samoa hosts some of the most effective media operations in the region – be it print, broadcasting, or on-line. And these operations are not flash-in-the-pan overnight sensations.

They have paid the price in years of covering the hard yards. In the case of Malifa and his print media enterprise, he has suffered in previous years many obstacles, including countless lawsuits, physical attacks, the burning down of his press plant, and other disheartening inconveniences.

Samoa, however, has gone through its own quiet reform in so many facets of its political, economic, and social life. The result has been an environment conducive to the development of media freedom and journalistic professionalism.

The National University of Samoa is running a journalism school, and who knows what other educational development in media is ahead at this growing institution?

Prime Minister Tuilaepa Sa’ilele Malielegaoi has himself been a staunch supporter of media freedom. Despite having been at times scrutinised by the local media, he has been a mature and responsible leader in his response.

On the evening that marked the launch of PacMA, Tuilaepa, despite a busy schedule, and another function he needed to attend, “dropped in” and congratulated the founders of PacMA, encouraged the members in its stand for media freedom, and gave a speech that welcomed the organisation.

He was especially thrilled that the new organisation was founded and will be operating out of Samoa.

It was hard to think of too many other island nations in the Pacific that can match the welcome, the hospitality, and the media freedom environment that Samoa offers.

What makes PacMA a unique media association is that it is to be primarily driven by media owners, the journalists and media practitioners who work in the industry. Too often organisations end up being run by bureaucrats whose ties to the actual professional services provided for people are no longer there.

It is time a media association is run primarily by people who are engaged in media as part of their everyday occupation.

Another major facet of the PacMA ethos that is fundamental to its formation and ongoing practice is that of independence from the aid infrastructure in the region that often results in “funding traps” in which service organisations become entangled and unable to fulfil their mission.

Obviously, there is no organisation that can survive without funding. But PacMA has chosen to be self-funded, and allow Pacific generosity to be a sustainable provider. There will be specific projects, however, from time to time, for which the organization will seek funding assistance.

The consensus at the founding meeting was: “We will not let funding dictate our vision and mission agendas.”

So be it. PacMA wants to be independent of what has become a very dangerous trend in NGO and regional organisational operations, which is a total dependence on donor funding agencies.

PacMA has its work cut out, not only in reestablishing the traditional media association roles and responsibilities in the region, but also how to wisely facilitate the new realities of emerging new media, gender driven media initiatives, and the future of our industry rooted in the growing youth media practitioners that need all the encouragement and help they can get.

Note: PacMA has been renamed the Pasifika Media Association (PasiMA).