Vanuatu's 'gang of brutes' and climate of impunity 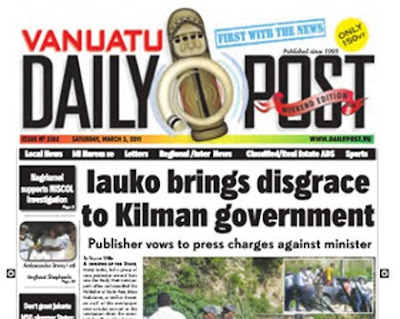 DEVASTATING. This was the withering attack in an editorial by the "the board" of Transparency Vanuatu against disgraced Infrastructure and Public Works Minister Harry Iauko. Under fire from all media and civil society quarters, but mostly fro

m Transparency (TV), the minister should fall on his sword and quit politics. But it will never happen. Will Prime Minister Sato Kilman sit up and take notice, let alone purge his thuggish minister? Hardly. His majority is too slender. Self interest is the name of the game. The Vanuatu politicians will close ranks and shield their rotten apple.

This climate of impunity in the Pacific for attacks against journalists and media is outrageous. Fortunately, we don't yet have anything like the media casualty rate of the Philippines where impunity is a national disease. The region and newshounds have much to thank TV for - tirelessly led by former Ombudsman Marie-Noelle Ferrieux-Patterson, who is just as successful a scourge of corrupt politicians in her civil society role as she was in public office. She is an inspiring example of how news media and civil society agencies can work together to bring politicians to account. The editorial began:

"The scandalous physical attack (a crime under Vanuatu’s Penal Code) on the Daily Post publisher, Marc Neil-Jones, allegedly instigated by the Minister of Public Works, Harry Iauko Iaris – the latest in a line of reported accusations of unwise or corrupt actions by the minister – is definitive proof that Iauko is totally unfit to hold any public office, let alone a leadership position. 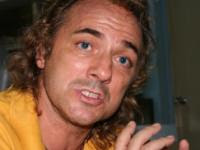 "It is clear from letters to the editor that the conduct of this minister, whose daily life is paid for from public funds, is a shameful embarrassment to the people of Vanuatu. As a minister of State, Mr Iauko represents the whole country, not just his own small group of voters.

"If the Sato Kilman government wants to retain any serious credibility, swift and decisive sanctions will need to be taken against Minister Iauko.

"Instead of the political maturity that we should have the right to expect from our government ministers 30 years after Independence, we are witnessing the sickening display of a gang of undisciplined brutes …"

Check out these news items and others on Pacific Media Centre Online about the attack on the Daily Post.