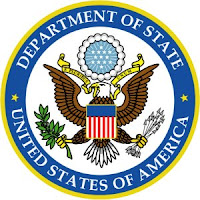 UNSURPRISINGLY, public safety and security have come under fire in Timor-Leste with the latest US State Department report on human rights. While acknowledging the "free and fair" elections in mid-2007, the report details the attempted assassination of President José Ramos-Horta in February 2008 and "serious problems" over "discipline and accountability" during the past year. These problems include:
The report briefly sums up the events of last February thus:

In an exchange of gunfire with armed rebels on February 11, President Ramos-Horta was wounded seriously and PM Kay Rala Xanana Gusmão was unhurt. As provided for in the constitution, the government imposed a state of emergency from February through May. International security forces in the country included the UN Police (UNPOL) within the UN Integrated Mission in Timor-Leste (UNMIT) and the International Stabilisation Force (ISF), neither of which was under the direct control of the government. The national security forces are the National Police (PNTL) and Defence Forces (F-FDTL). While the government generally maintained control over these forces, there were problems with discipline and accountability.

The report says there were "no politically motivated killings during the year".

However, on February 11, F-FDTL guards shot and killed Major Alfredo Reinado and one of his followers when a band of rebels led by Reinado gained entry to the presidential compound; President Ramos-Horta was severely wounded. A separate group of Reinado's followers attacked the convoy of PM Xanana Gusmão. Gusmão was unhurt. The government formed a joint PNTL/F-FDTL command to apprehend the attackers, and Parliament declared a state of siege that imposed a curfew, relaxed legal requirements for searches and arrests, and restricted demonstrations. The application of the state of siege was modified as a state of emergency and extended on several occasions until Reinado's second in command, Lieutenant Gastao Salsinha, and 11 others surrendered to the authorities on April 29.

Other incidents cited by the report included:
The report also says there were no developments in the following 2006 cases:

Investigations into other cases stemming from the April-May 2006 violence continued. Some individuals identified for investigation in the 2006 UN Commission of Inquiry Report were subpoenaed to testify regarding their role in illegal arms distribution.

In May, 2008 President Ramos-Horta granted pardons to a number of persons including former interior minister Rogerio Lobato sentenced for illegally distributing weapons during the 2006 violence and Joni Marques, a pro-Indonesia militia leader, sentenced for multiple killings in 1999.