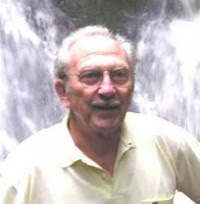 WHAT ON earth has happened to Radio New Zealand? Or rather, Nights host Bryan Crump? He has apparently dumped professor adjunct Crosbie Walsh, the most informed New Zealand-based blogger and commentator on Fiji affairs (naturally you would expect this calibre as former and founding director of the development studies programme at the University of the South Pacific). Walsh is such a tonic after the plethora of one-eyed and sensationalist anti-Fiji blogs that clutter cyberspace.

According to Walsh, Crump rang him last night, saying he didn't want the blogger/commentator on any more on Nights programmes. Why? Apparently because Walsh "feels too strongly" on Fiji issues (why not? ... he lived there for more than eight years) and he "borders on the emotional" for this programme.

Crump added: "It's not what a lot of my colleagues want to hear." Take this as you wish. Three more planned programmes on nights for Walsh for June, September and November have been canned. 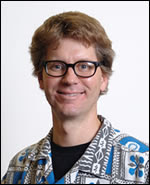 th "commentators" and Crosbie is seen as an "advocate". In fact, Walsh goes to great lengths to get some sort of balance in his blog commentaries, something sorely missing with many media commentators on Fiji. To be fair to Crump, he did invite Walsh to a symposium on Fiji later this year and, according to Walsh, was keen to interview him early next year.

From all reports, Walsh had an enthusiastic response to previous Nights programmes. This has got Café Pacific wondering, especially when it is considered how unbalanced both Radio New Zealand and Radio Australia frequently are on Fiji commentaries. Opponents of the regime regularly have a field day, but many commentators who try to provide a bit more depth into explaining the Fiji "revolution", as Auckland University's Centre for Pacific Studies political sociologist Dr Steven Ratuva described it last week, or are not sufficiently PC or are too "soft" on the regime, are sidelined.

A good example of this was a "stacked" Radio Australia feature by Bruce Hill marking the anniversary of the abrogation of the Fiji constitution one year on - four interviewees with a vested interest against the regime: Deported Fiji Sun publisher Russell Hunter - an Australian now living in Apia and is currently development editor of the Samoa Observer; an Australian judge, Ian Lloyd, who ruled against the regime; Australian National University professor Brij Lal - one of the three architects of the abrogated 1997 constitution; and Fiji Law Society president Dorsami Naidu versus Attorney-General Aiyaz Sayed Khaiyum. Where was the independent commentator to balance this line-up?

[Fast forward: Since this item was posted, Café Pacific has been challenged by Bruce Hill. In fairness, Bruce is one of the best public affairs broadcasters on Pacific issues in the region and this item was not meant to malign him in any way. The posting objective was to question a general unbalanced trend with public broadcasters in both countries over Fiji. While the comments specifically addressed an online ABC feature, they should also have pointed out the wider retrospective historical basis for the on-air version of the feature. Read Bruce Hill's comments here. And more on the PC brigade here.]

Incidentally, this piece challenging "media freedom" in Fiji as peddled by the Suva media old guard, is likely to ruffle a few feathers. Highlighted on ABC's In The Loop is the University of the South Pacific's Shailendra Singh talking sense about the Fiji media. And tonight's Media 7 on digital TVNZ7 also features the media and the Pacific - from the blurb:

New Zealand television viewers were this week served up the first installment of the $200-million dollar drama series, The Pacific. But what about the real life dramas that are being played out in the Oceanic region and the millions of New Zealand dollars and other nations' foreign aid money that is spent to prop up various Pacific nations?

The reporting is patchy at best, given the shrinking budgets of mainstream media and the difficulties inherent in reporting from this sensitive region. News organisations are finding it hard to report Pacific issues and hold regional governments to account in the face of increasing media censorship and repression.

Some of the problems can be put down to a clash of cultures. But journalists and editors face a daunting task when reporting on the actions of a military dictatorship, a semi-feudal monarchy and a group of emerging nations where tribal and clan loyalties are often at odds with basic democratic rights.

Very well put, David. The problem I see with NZ and Australian mainstream media is the Ostrich Syndrome. As you know when an ostrich has its head stuck in sand, the only organ exposed, sticking out and working is their posterior part- in our everyday language, we call it the ar**. I have noticed that more balanced and better informed experts like David Robie and Coz Walsh are missing from NZ Mainstream media which only tries to sell news that the uninformed Kiwis want to hear on Fiji. Even when they pick Indo Fijians, they rely on Nik Naidu and even the con man Ballu Khan can make it to Paul Henry’s breakfast. They never asked him how he conned indigenous Fijians in Fiji to make millions. Can't they find better informed Indo Fijians? The casualty of the Fiji crisis is not only democracy and Fiji media, but NZ mainstream media as well, including Radio NZ, Herald and Dominion. Things coming out of them appear to be ejected from the posterior of an ostrich which has its head stuck in sand. It is shame the publicly -funded Radio NZ has also become so jaundiced and blinkered. Who say we have media freedom when news gets manufactured by the media owners who have an agenda of their own. How true are Herman and Chomsky and all those who agree with their pronouncements on the propaganda model? New Zealand fits that very well, and Radio NZ has just proved it is a key player in this equation.

Please give us a rest from your divisive pro Indian rantings?

Hasn't it ever occurred to you that after over a century after you (Indians) chose to settle in the Pacific - your still known as Indians?

Get over it - Viti is not and never will be an offshoot of Indian culture.
Sorry but you and your bretheren are not & never will be Fijian - merely Indians born in our Land.

The Good Friday special you refer to was conceived essentially as a debate over the abrogation of the Fiji constitution, which took place one year previously.

Taking part were Dr Brij Lal, ANU academic and one of the three co-authors of the constitution, and Aiyaz Sayed-Khaiyum, Fiji's interim Attorney-General and Minister of Justice.

We were happy that we were able to get two such central figures to debate each other freely and openly, and they both seemed to feel afterwards that they had enough time to say the things they wanted to.

As an introduction to that debate (which took up 20 minutes) was a brief (around 4 minutes) historical introduction, in which I replayed parts of Pacific Beat's coverage of the events of one year ago from our audio archive.

Those responses were largely from people opposed to what had just happened, including one of the sacked judges, an editor who had been deported, and the head of the Fiji Law Society.

We ran them because that was what we ran on that morning a year previously - a day on which we couldn't get a response from the interim government.

It was an historical piece, a way to get the flavour of how the abrogation of the constitution was reported 12 months previously so as to introduce listeners to the extended debate between two senior figures from opposite sides of the issue.

A debate which went very well, both participants were quite civil to each other, and both were given plenty of time to make whatever points they wished to.

I had previously hosted a similar debate between two New Zealand based Fiji activists on Pacific Beat, Crosbie Walsh and Nick Naidu of the Coalition for Democracy in Fiji, which also gave both sides the opportunity to directly debate the issues.

I think the use of the word "stacked" to describe the Good Friday debate is quite wrong.

Radio Australia does its very best to adhere to ABC editorial guidelines about balance and fairness. If we ever violate those polices, then we ought to have it pointed out.

I don't feel this is one of those instances.

Well if its bias we're looking for you have demonstrated it very well with this post.