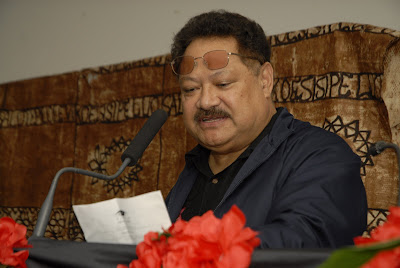 IRONICALLY, just as a trial of six people accused of sedition at the time of the 2006 "Black Thursday" riot in Tonga is running its course, one of the Pacific's most respected newspaper publishers, Kalafi Moala, has a new book being launched next week addressing the topic. In Search of the Friendly Islands is a sequel to his Island Kingdom Strikes Back and it explores many of the major cultural, philosophical, political and social dilemmas facing the kingdom today.

Only one chapter actually deals with that fateful day that shook his nation to the core on 16 November 2006 - just days before Fiji's fourth coup - and left eight people dead and a trail of destruction through the heart of the capital of Nuku'alofa. But Moala seeks to dissect what went wrong for the kingdom and what are the lessons for the future.

Jailed unconstitutionally in 1996 for alleged contempt of Parliament - and then set free - the turning point of his campaign for democracy and social justice came eight years later in October 2004 when he won a court case overturning a government ban on his newspaper Taimi 'o Tonga. 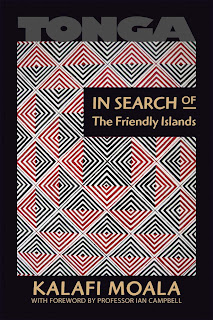 This book reflects on his long crusade. The message is inspirational and positive but is also tempered by the warning that while Tonga is becoming much "friendlier", the campaign for "system reform" alone is not enough for real change to come.

The solutions to Tonga's problems are going to involve more than just a system reform. As is evident in many of our island neighbours, reforming into a democracy does not solve problems of poverty, crime, and social injustice. There’s much more to be done than just a change to the system.

There is more to Tonga than just government, economics, and media; more cultural depth and breadth, more history and complexity. What do our past and our present reveal to us about our culture and social structure – and us as a people?

Are there things in our culture that can offer us guidance for our future? Can there be solutions embedded in our social structure that we can dig out and apply to problems that perplex our modern minds? What can journalism’s mission to enlighten offer us as answers in this regard? With 19 years of trying to provide piecemeal snippets on a weekly basis in Taimi ‘o Tonga, and decades of life as a Tongan, both in Tonga and overseas, I have stories – and some insights – which may add to our collective wisdom as a people.

It is often said that you can only discover what is really best in a culture when you also make provision to look at what may be its worst aspects. This notion is what has characterised my search for the Friendly Islands.

Writing as a Tongan and as a journalist, Moala examines recent events in Tonga and the future in the context of his own experiences and insights. A fascinating and insightful read. Many lessons too for the rest of the Pacific.

Picture of Kalafi Moala at the PIMA 2008 conference in Auckland. Photo by Alan Koon.