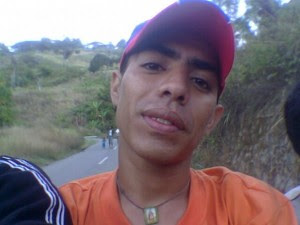 TEMPO SEMANAL has posted a compelling video on the death of popular musician Baldir Cesar do Nascimento "Kuka" Lebre Correia in East Timor, allegedly shot dead by an off-duty local policeman. The killing of this 25-year-old man on December 28 has been a tragedy for the Lebre family and the Timorese people. It has also prompted calls for the disarming of Timorese police and raised questions about the success of the Australian training of Timorese police. The United Nations is investigating the killing. As Keta Haluha notes on Global Voices:

It is bitter irony that Kuka survived the Santa Cruz massacre as a seven-year-old in 1991. During this event 200-300 protesters were gunned down and killed at a funeral procession for another young man, killed by the police of the occupying power - President Suharto's Indonesia. Having survived this ordeal and living to see independence from Indonesia, Kuka fell victim to his own community's police service.

Kuka was highly popular and his shooting has sparked a wave of grief and anger. Halulu also points out:

In a strange twist of fate, Kuka is the nephew of Francisco Guterres, Secretary of State for Security - the politician responsible for the police.