BLOG COUPFOURPOINTFIVE has had its credibility challenged over a report claiming any "Negativity against regime treated as treason". The shallow item was attribu 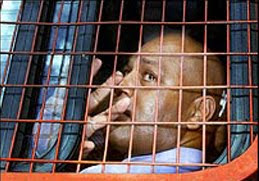 ted in the first paragraph to "sources". Former University of the South Pacific development studies academic Crosbie Walsh, whose own Fiji blog is increasingly looked to for informed and accurate analysis, has condemned the website, run by journalists, for misrepresentation. The original "treason" blog posting has now had a hasty title change to "New Criminal decree brings worry". (But the blog also later partially made amends by adding a rather more informative posting about the "sedition and incitement" clauses as well as treason.) Read on...

The story posted by the anti-government blogger Coupfourpointfive under the heading "Any Negativity Against Regime Treated as Treason" is factually incorrect and, one must assume, deliberately misleading. I consider this the most blatantly biased, damaging -- but most easily refutable -- release so far by Coup4.5. Their general credibility is now in serious doubt.

If the mainstream print and radio media report this blog story without first checking the facts against Fiji's old and new laws, they are a party to the blogger's action, whether intended or not. Sloppy journalism becomes a weapon in politically delicate situations.

Coup 4.5 reports that "one part of the decree limits what the Fiji media can report on a criminal case". The inference is that this is a new provision, limiting freedom of the press. This is not so.

The provision of the Criminal Procedure Decree prohibits reporting on criminal cases "until the conclusion of the trial" (section 201). It applies only to offences to be tried before the High Court such as rape and murder. And the provision is identical to section 236 of the repealed Criminal Procedure Code that has been Fiji law since about 1948.

The blog then states: "Under subsection 65 Part 2 individuals and NGO's criticising Frank Bainimarama's regime are deemed to have committed treason and this is punishable by life imprisonment."

In fact, section 65 of the new Decree is section 65 of the old Penal Code, which defined a seditious (sic!) intention as an intention, inter alia, to promote feelings of ill-will and hostility between different classes of the population of Fiji. Section 66 of the old Penal Code created the offence inter alia of "printing, publishing, selling, offering for sale, distributing, or reproducing any seditious publication" which offence was punishable with two years imprisonment and/or a fine of $200 on a first offence and three years on a subsequent conviction.

So the offence in the decree is not new and arguably blogsites which promote feelings of ill-will and hostility between classes of the population have already been guilty of the old section 66! Only the name and the penalty has changed. The offence is now called "inciting communal antagonism" and the maximum penalty is now 10 years imprisonment. The offence is not called treason.

Last year's Abrogation of the 1997 Constitution made it necessary to replace laws existing under the Constitution. For the most part, the decrees that replace them replicate, clarify and update the old laws. No new "draconian" sections have been added.

Readers wishing to read the new Crime Decree and Criminal Procedure Decree may click on these links to Mediafire, and download them from there.

The Media Decree is still being drafted.

My understanding is that some behind this 4.5 site are qualified media and journalism students. This casts a slur on type of media education these people get in NZ Institutions. Such education is supposed to broaden ones vision and open ones mind to defend truth, not distort it. If such people are vested with the responsibility of reporting in the mainstream media, their reports would be deemed to be jaundiced and blinkered.
If failed post graduate qualified Fijian politicians are also behind this, then it casts a slur on the journalistic ethics of the site because those who have been thrown off from the gravy train can hardly be expected to be balanced and neutral.
The biggest loser in this whole saga, apart from truth, is the credibility of Coup 4.5.
In light of all these, can you really blame Bainimarama for putting controls on media and journalists who seek responsibility and accountability from others, except themselves?